5 min read
Add comment
FacebookTwitterRedditPinterestEmail
What does the purchase of Mojang by Microsoft mean to the future of Minecraft??

On September 15, the news that many had been waiting for was announced. Mojang, the development studio that created the hit game Minecraft, became a part of the Microsoft family for a whopping 2.5 billion dollars. Before I go into predictions, can we just pause for a moment to think about this? 2.5 billion dollars for Mojang, who’s only released game is Minecraft (Scrolls and Cobalt are other games still in development by Mojang).

Mojang, a team of just 22 workers with one super successful game, valued at more than every baseball team in the US (save for the New York Yankees of course). There was no way they could say no to that. And while a few of the top executives have left in this acquisition, including the game’s original lead game designer Markus “Notch” Persson, many will still be on board for Mojang’s future.

So now what? It’s valid to assume that the guys still left at Mojang will have some control over development. But what will the future of Minecraft look like under the guidance of Microsoft? Here are a few things that have fluttered through my mind… 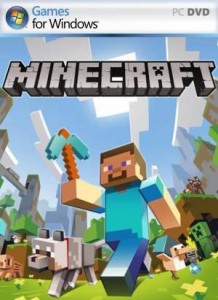 Minecraft, while wildly popular, is still a pretty simple game. The game has an audience of people of all ages and backgrounds – from the casual explorer to the megatropolis constructor. Minecraft is also pretty small when it comes to needing computer space and can be run on many low-end computers. Granted, while it wouldn’t be a big money maker if it was freeware on every computer, it could be a factor for some people to choose Windows computers and tablets (and the struggling Windows Phones) over other devices.

If the free route isn’t plausible, perhaps we could see something similar to the already available Minecraft demo – but perhaps more fleshed out and without a time limit and the option to upgrade to the full version later. Could we one day see Minecraft and Minesweeper as brothers under the Window’s Games Tab?

For sure. If it’s one thing that big time Minecraft players are always looking for, it’s bigger and more powerful servers. Aside from independent servers and the online hosts for console versions, Mojang has had to bear the brunt in making stable servers to accommodate millions of players around the world.

With Microsoft in the mix now, there’s the potential for entire divisions of people who will focus solely on building and maintaining bigger and better servers for online play. We could one day see worlds that can host hundreds of players building (or destroying) together and enough world space to create full-scale models of entire countries.

“There’s no reason for the development, sales, and support of the PC/Mac, Xbox 360, Xbox One, PS3, PS4, Vita, iOS, and Android versions of Minecraft to stop. Of course, Microsoft can’t make decisions for other companies or predict the choices that they might make in the future.” –Mojang Statement

Although Mojang has expressed that support will continue for all current versions of Minecraft, it’s not too early to start wondering if the Xbox and PC versions of the game will get special treatments. We’ve already seen Steve dressed as Master Chief and company. What else might they have in store?

This acquisition also makes it even more unlikely that Nintendo will get the chance to make versions for either the 3DS or Wii U. Unless one has been secretly in development behind the scenes this whole time, Nintendo has pretty much missed the boat on this one. Such a waste given that both systems have the second screen that would make accessing navigation and inventory seamless.

Like I said before, Minecraft is a single game. There have been countless updates and downloadable content but technically, it’s still “the first” Minecraft. There hasn’t been a “Minecraft 2”…but could there be?

Will Mojang, under the guidance of Microsoft, bring the game to a close in order to bring in a completely separate Minecraft title that expands and optimizes the concept in a brand new way? And will it become exclusive to the Microsoft/Windows network of devices?

Should Fans Be Worried?

Well… you tell me, fans. I’m not gonna sit here and tell you how to feel. It’s always nerve wracking when a major developer is bought or changes hands. Heck, remember when Rare left Nintendo to work with Xbox and STILL hasn’t been able to rekindle the magic that it had with the former?

The operation can go in many directions: Microsoft could allow the Mojang division to do whatever they need to do as if they weren’t there, they could take over and force Mojang to cut all ties with other systems and micromanage the game, or they could work together to make something where everyone wins. Only time will tell.

What do you think is going to happen? Leave us a comment (or 12) on how you feel about this turn of events!