4 min read
Add comment
FacebookTwitterRedditPinterestEmail
Looking back on the movies of 2013, these are the Top 10 that stand above the rest. 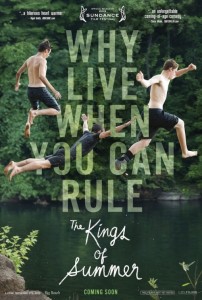 #10 – The Kings of Summer – A coming-of-age tale about three boys who walk out on their normal lives to build a house in the woods and live on their own. In addition to being very funny, this movie unlocks a feeling of freedom and endless possibility, as well as features one of the best characters seen in any movie this year. 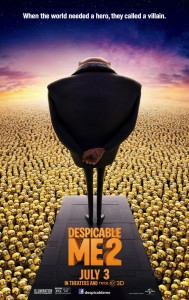 #9 – Despicable Me 2 – A worthy follow-up to the original, Despicable Me 2 continues the story of Gru and his adopted daughters. After his previous transformation from heel to hero, Gru is recruited to take down a new villainous threat. This movie is packed with the same brand of hilarity as the first, along with many more moments with the beloved Minions. 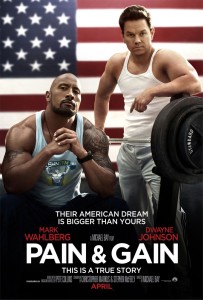 #8 – Pain & Gain – Pain & Gain is the best Michael Bay movie of the past decade. Starring some of my favorite actors to watch on the big screen, this unbelievably true tale about bodybuilders who get caught up in extortion and kidnapping will have you cringing at their pure idiocy. Visually, the movie is shot in a unique style that adds to the beautiful backdrop of Florida, while providing an extra layer of energy to the already frantic scenarios. 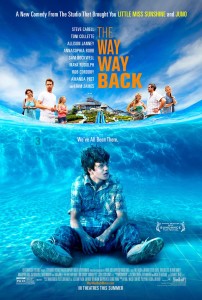 #7 – The Way, Way Back – With a cast featuring Sam Rockwell, Steve Carell, Allison Janney, Rob Corddry, and Maya Rudolph, this comedy won the battle before the fight even started. Exploring the adolescent struggle to fit in, The Way, Way Back shows us that sometimes all anyone needs is the support of one person to make a difference. 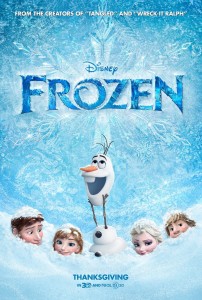 #6 – Frozen – Shattering the Disney princess mold that Tangled put cracks in, Frozen is a new, fresh approach to an old-fashioned formula. Gone are the days of the damsel in distress waiting for the rescue of her prince, and good riddance to them. Along with having some of the most gorgeous animation of any movie all year, Frozen provides the first Disney soundtrack in years that will be stuck in your head from the moment you exit the theater. 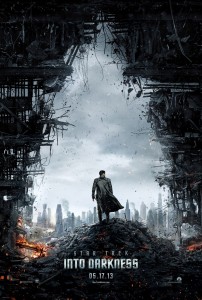 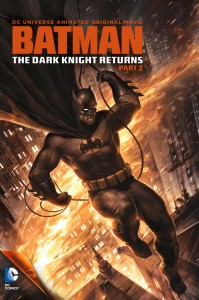 #4 – Batman: The Dark Knight Returns, Part 2 – The animated conclusion to one of the most popular Batman books of all time, The Dark Knight Returns: Part 2 picks up right where the first left off and adds the Man of Steel and the Clown Prince of Crime to the mix. Batman must overcome his greatest challenges in this faithful adaptation of Frank Miller’s acclaimed story. 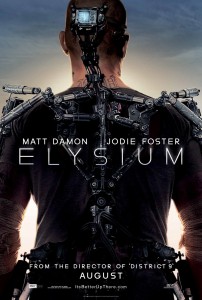 #3 – Elysium – Neill Blomkamp’s first motion picture since District 9 matches, and perhaps exceeds, the quality of his first endeavor. Elysium borrows concepts familiar to science fiction to create an original world wrought with social and political inequality and introduces us to an unlikely hero enhanced by a strong performance from Matt Damon. 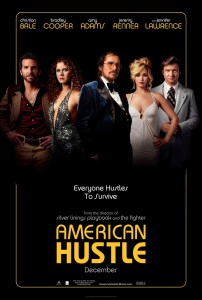 #2 – American Hustle – Sometimes a movie has a great story. Other times a movie has a great cast with great performances. American Hustle has all of these. David O. Russell has been on fire in recent years, putting out such critically-acclaimed successes as The Fighter and Silver Linings Playbook. Combining the casts of his previous two projects to tell the tale of a Jersey con man continues this streak and earns the director a spot on my list for the third time in the last four years. 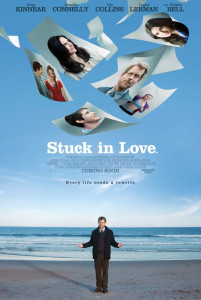 #1 – Stuck in Love – This directorial debut from Josh Boone was not the most publicly hyped movie of the year, but after seeing the cast rundown of Greg Kinnear, Jennifer Connelly, Logan Lerman, Lily Collins, and Kristen Bell, I knew I had to see it. Exploring the complexities of love and relationships through the eyes and analytical minds of several writers, all approaching the feeling from different perspectives, weaves a tale and movie that shouldn’t be missed.