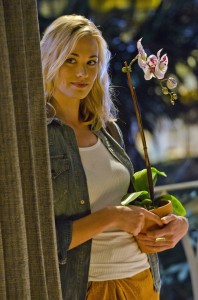 Yvonne Strahovski is officially returning to Dexter for the show’s eighth season.

The actress is set to reprise her role in a multi-episode arc this summer as the seductive Hannah McKay. The last we saw of Hannah was her escaping from prison at the end of the seventh season. With her knowledge of the Dark Passenger, how dangerous will Hannah be to Dexter’s future?

Season 8 of Dexter will premiere on Sunday, June 30th at 9PM ET/PT.