A Look at Motion Control Across the Consoles

4 min read
Add comment
FacebookTwitterRedditPinterestEmail
Motion control has been seen in games produced by the 3 major gaming companies, but how exactly does motion control work?

Since 2006, with the release of the first 7th consoles, the concept of motion controlled videogames is a step closer to virtual reality gaming. Motion control has been seen in games produced by the 3 major gaming companies – Nintendo, Microsoft, and Sony. But how exactly does motion control work?

From the day that Nintendo let on that the Wii was going to be its next gaming console, motion control was the biggest anticipation for the system. The Wii-mote basically uses two components to track movement: a sensor bar and an accelerometer. The accelerometer is affected by gravity and behaves somewhat like the bubble inside a level (the tool, not the gaming term). Depending on how the controller is pointed and its direction, the information is then broadcast and picked up by the sensor bar connected to the Wii. This allows players to point at the screen and whatnot. There is an accelerometer in both the Wii-mote and its supporting Nunchuck controller, but only the Wii-mote broadcasts a signal. The accelerometer is limited in that it only senses motion but it does not sense the direction of motion (like how iPods can go into shuffle mode by shaking them). 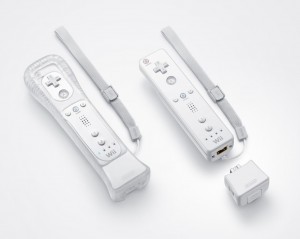 The “Wii Motion Plus” upgrade to the Wii-Mote adds a gyroscope to the gaming controller. A gyroscope works to precisely show the orientation of the Wii-mote in terms of direction and not just with movement. This allows for more realistic swinging of the Wii-mote as seen in The Legend of Zelda: Skyward Sword.

The Wii-U game pad works with both a gyroscope and accelerometer, allowing for spacial movements of the controller in 3-dimensions. It allows the system to recognize which way the game pad is facing. The Nintendo 3DS also possesses both of the devices in order to create 3-dimensional spacial controls in certain games and when using its camera functions. 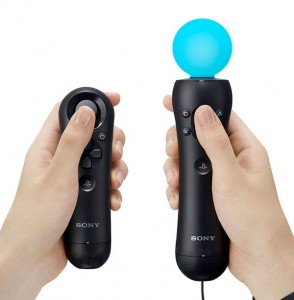 The PlayStation Move for the PS3 was actually built upon a previous moderately successful add-on for the PS2 know as the EyeToy. The PS3 Eye however, took it to the next level. Utilizing an upgraded camera and specialized Move Controller which sports a light at the top, the Eye uses the light given off by the orb to track movement. It does not, however, track the movement of the person or the whole controller; just the light. It detects depth in 3-dimensional space by tracking the size of the ball. Similar to the Wii’s Nunchuck controller, the PS3 offers a Navigation Controller used to support the Move controller (containing the D-pad and such). The Move supports more games than the PS2’s EyeToy and is a significant upgrade. 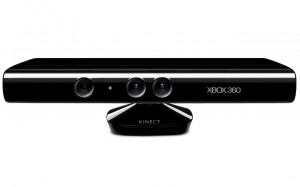 The Kinect add-on is closer to the PS Move than the Wii’s motion systems, but unlike either of the two, it requires no controller to be used. The camera used for the Kinect has higher functionality than the Eye in that it can track the players themselves and any of their movements. It can also recognize specific gestures and specific moves. It also senses depth and “3-D” motion better than the Wii Motion Plus or PS Move. Additionally, it boasts the ability for voice commands and allows for online players to communicate straight from the Kinect accessory instead of a separate microphone.

So how do they all stack up?

When it comes to supporting content, the Wii outclasses the other two systems with games that have motion control support because the Wii-mote is the standard controller. It also has more 1st party and non-casual motion games than the other two do. The Kinect, however, does have a sizable library of games that require the Kinect despite it being an add-on device. The PS Move doesn’t seem to contend as more games utilize it as optional for certain game content.

Because the Wii-mote uses an accelerometer, it measures relative position unlike the Move which focuses on actual position. This lets Wii users “cheat” by only moving the controllers -and allowing them to sit on the couch instead of actually moving around. This was remedied by the Motion Plus addition. The PS Move requires completely clear surroundings and a good view of the Move controller by the camera.

The freedom of not having a controller makes the Kinect the most appealing in games heavily dependent on movement such as the Just Dance series. By being the controller, Kinect users are as close to living a full body virtual reality game as possible without needing to hold controllers. It does, however, prevent non-gimmicky games from utilizing the device.

Price wise, the Wii-mote is the cheapest because it is the standard controller of the Wii and the secondary controller of the Wii U. Both the PS Move and the Kinect are separate add-on devices and require external hardware. As for which is the best form of motion control, I’ll let you decide.