2 min read
Add comment
FacebookTwitterRedditPinterestEmail
The Wii U was released in North America on November 18 and became the first 8th generation home console.

Nintendo fans (myself included) have been eagerly awaiting the next member of the console family. The Wii U was released in North America on November 18 and became the first 8th generation home console. The gaming system is available in 2 bundles; The ‘Basic’ system, available in white, having 8GB of game memory while the black version is a 32GB flash-memory system. The ‘Deluxe’ system also comes with system stands and docks as well as a copy of Nintendo Land. Regardless of bundle, both come with an HDMI cable and the much anticipated Wii U Game Pad. 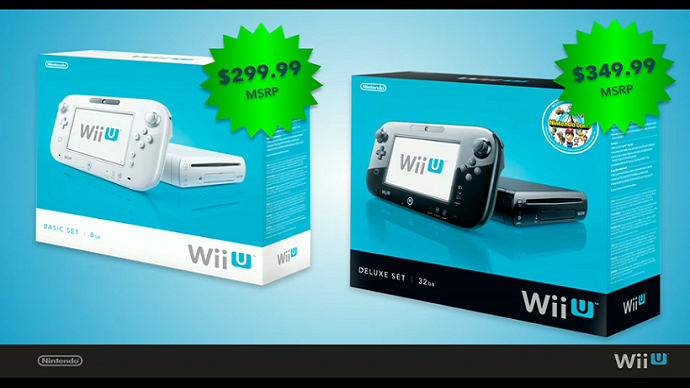 The Wii U promises to bring its visuals on par with Sony and Microsoft’s systems with 1080p HD graphics while also bringing both innovative and classic ways to play games. Each Wii U system can support up to two Wii U controllers. The original Wii-motes and nunchucks are compatible and are the main secondary controllers for game play. Gamers who are looking to get away from the motion controls will be happy to know that the Wii U also supports the Nintendo Pro Controller that (albeit similar looking to the Xbox 360 controller) will provide gamers with a more typical way of gaming and also allows for more 3rd party companies to develop games for the Wii U along with other systems (Sold separately).

The Wii U released along with 23 titles at launch including: New Super Mario Bros. U, Zombie U, Batman: Arkham City- Armored Edition, and the smash hit Assassin’s Creed III. Like the 3DS, the Wii U will also be connected to the Nintendo eShop and provides a brand new and streamlined online system (in other words, No Friend-Codes!!). And like handhelds and consoles of the past, games for the Wii U and 3DS will have connectivity increasing the vast amounts of ways  How U Will Play Next”.