Who was that mysterious man at the end of The Amazing Spider-Man movie?

3 min read
38 comments
FacebookTwitterRedditPinterestEmail
Who was that mysterious guy in the post credit scene of The Amazing Spider-Man??

As The Amazing Spider-Man opened to mostly positive reviews from critics and fans, and had the highest Tuesday box office gross ever ($35 million), it seems safe to say that Sony’s gamble on rebooting the franchise after Sam Raimi’s trilogy was a good idea. But the thing on most fans’ minds after seeing the movie is… “Who was that mysterious guy in the post credit scene?” (Sony obviously taking the gimmick that Marvel Studios has done so well in their films)

At this point I will be talking HEAVY SPOILERS so if you haven’t seen it yet (WHY NOT?), go see it and come back later. 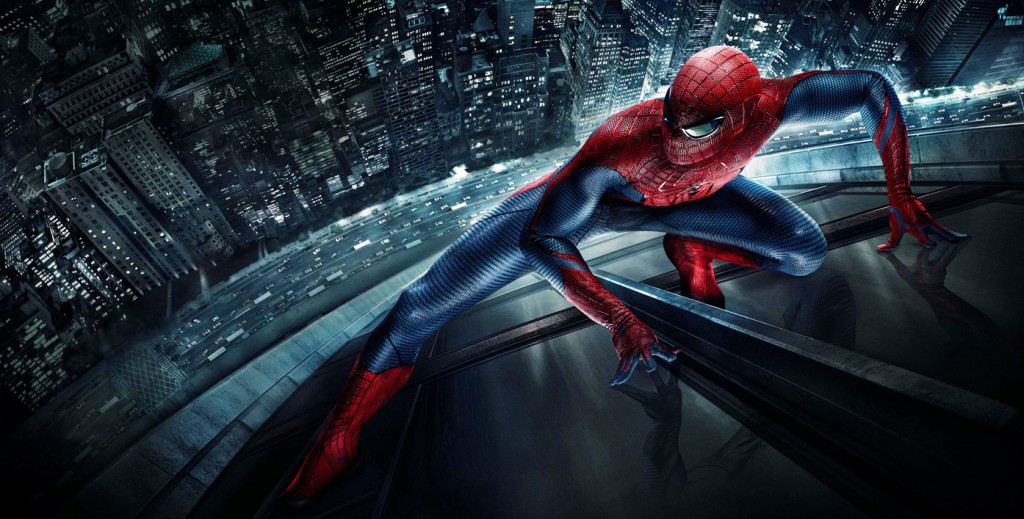 Here are my top 3 theories on who that mystery man visiting Dr. Curt Connors in jail is: 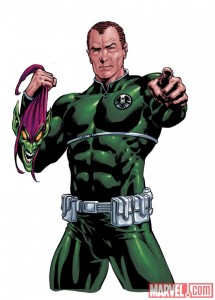 1) Norman Osborn: He was name-dropped numerous times throughout the film and Oscorp itself played a major role. Also, the fact that he was asking about Peter’s dad and grilling Connors about him, not to mention the sheer fact that Norman is probably the most manipulative, ‘pulling the strings’ villain in all of comics. Norman is obviously Spider-Man’s #1 foe. It would make sense if Sony and director Marc Webb wanted to take the same path Christopher Nolan did with The Dark Knight franchise by bringing in the biggest villain in the second movie. It would also make the most sense since Gwen Stacy and Norman Osborn have a huge connection and story arc that will no doubt play through in this franchise at some point. (She’s got a date with a bridge.) It would definitely have the most emotional impact as well. I really hope this is the case, cause Willem Dafoe’s over-the-top performance and god awful Power Ranger-inspired Green Goblin was NOT Spider-Man’s greatest enemy. Norman Osborn is a man out to destroy Peter Parker’s and Spider-Man’s life. Also, since they seem to be playing into the Ultimate Universe a little… Norman Osborn actually had a lot to do with Peter Parker actually becoming Spider-Man.

EDITOR’S UPDATE: Despite popular internet opinion, Rhys Ifans has confirmed that the mystery man in question is NOT Norman Osborn. 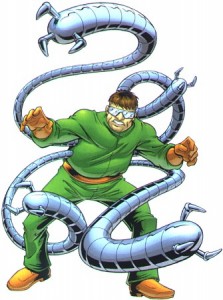 2) Dr. Otto Octavius (Doctor Octopus): Who else would be smart enough to be the mastermind behind all of this other than Dr. Otto Octavius, aka Doctor Octopus, Spider-Man’s number two villain? Spider-Man 2 did a pretty good job translating Doc Ock, but I really think this franchise could use a better, more youthful, and evil Octavius. Octavius also has ties to Oscorp in many of Spider-Man’s various incarnations in the media/comics. Doctor Octopus would be a great villain, although to have him be in the second movie again would probably not be the wisest choice. It would also really depend on the casting as to whether or not they could pull it off. 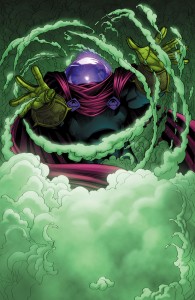 3) Quentin Beck (Mysterio):  So this mysterious man is talking to Curt Connors and all of a sudden disappears into the shadows… hmm. Who better than the special effects artist Mysterio to be able to pull that off. He is quite a long shot as there would be no emotional connection to work with and he is sort of seen as a B-level villain. Bringing in a character like Mysterio would need a lot of explanation and back story. I think he is the longest shot.

If you have another guess I’d love to hear it, so please leave a comment below.