1 min read
Add comment
FacebookTwitterRedditPinterestEmail
Showtime has announced that Yvonne Strahovski has joined the cast of Dexter for its upcoming seventh season. 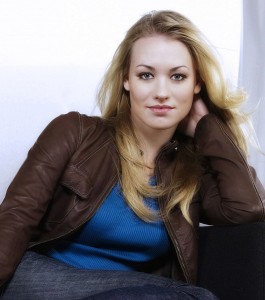 Showtime has announced that Yvonne Strahovski, best-known for playing CIA operative Sarah Walker on NBC’s Chuck, has joined the cast of Dexter for its upcoming seventh season.

It’s being reported that she will appear in a multi-episode story arc in the role of Hannah McKay, a strong, independent woman with a past that she’s struggled to put behind her. As a turn of events leads Miami Metro Homicide to ask for her help in solving some old cases, Dexter works with her and begins to wonder if there’s more to this woman than she’s professed.

Season 7 of Dexter will premiere on Showtime on Sunday, September 30th at 9 p.m. ET/PT