2 min read
Add comment
FacebookTwitterRedditPinterestEmail
Capcom has announced the limited edition Street Fighter 25th Anniversary Collector’s Set, which will be available on Sept. 18, 2012 for the PS3 and Xbox 360.

Capcom has announced the limited edition Street Fighter 25th Anniversary Collector’s Set, which will be available in North America on Sept. 18, 2012 for the PS3 and Xbox 360.

Honoring one of the most popular videogame franchises of all time, the Street Fighter 25th Anniversary Collector’s Set is a must – have for Street Fighter video game aficionados. Created as a celebration and tribute to its fans, the limited edition set is individually numbered and jam-packed with Street Fighter games, video, art, music, and exclusive collectibles. The items are housed in a specially created chest complete with a certificate of authenticity. 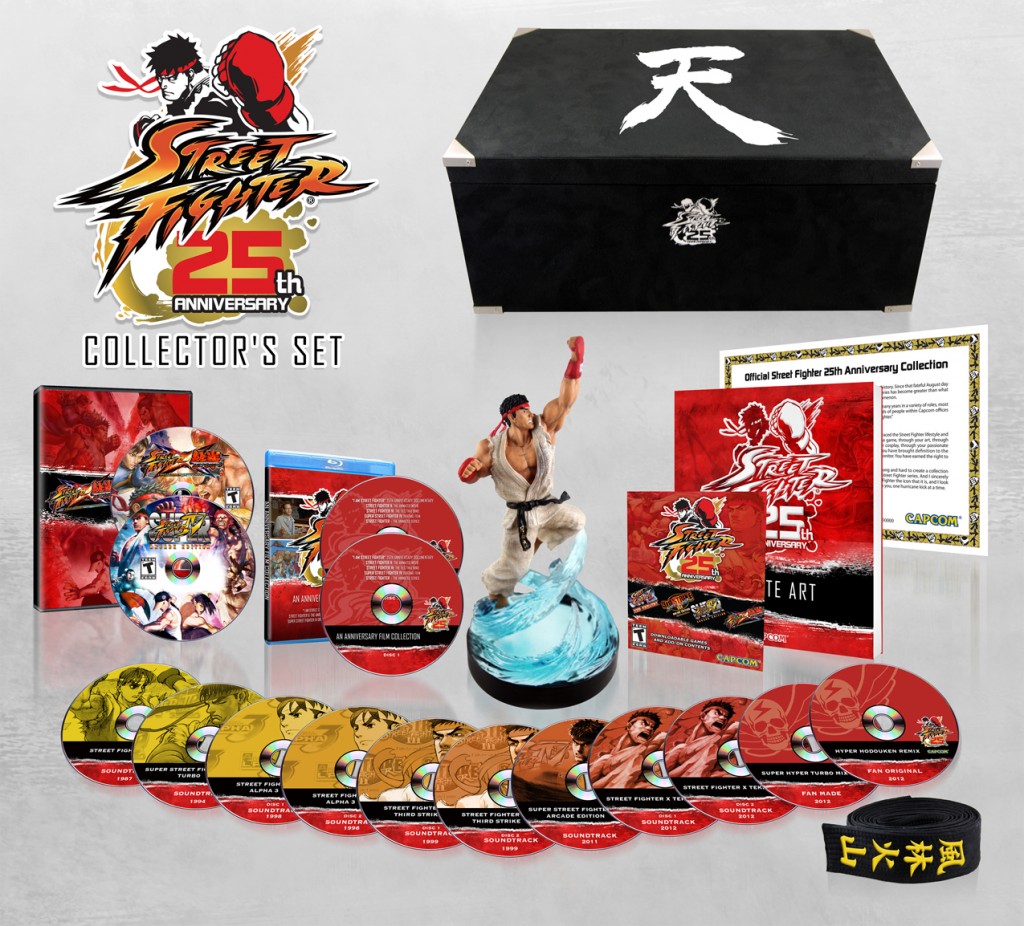 Pre-orders for the limited release are available now for PS3 and Xbox 360.