Do the Dark Knight Dew

3 min read
Add comment
FacebookTwitterRedditPinterestEmail
Mountain Dew has announced a promotional tie-in with The Dark Knight Rises that will give birth to a new limited-edition flavor.

As a huge fan of both Batman and Mountain Dew, it’s almost disturbing how excited I am about this news. Mountain Dew has announced a promotional tie-in with The Dark Knight Rises that will give birth to temperature-sensitive, design-changing Bat-cans and a new limited-edition flavor called Mountain Dew Dark Berry.

Today, Mountain Dew confirmed its partnership with Warner Bros. Pictures’ and Legendary Pictures’ highly anticipated summer blockbuster “The Dark Knight Rises” with activations that will quench the thirst of both DEW and Dark Knight fans. Luring fans deep into Gotham City through an exclusive digital experience, DEW will unveil exclusive content and storylines from “The Dark Knight Rises” to eager fans before the film’s opening day, July 20. And DEW itself will take a dark spin – with a Dark Knight graphic takeover of base packaging and temperature-sensitive cans that change when chilled, to Mtn Dew Dark Berry, a new limited-edition mixed berry flavor inspired by the Caped Crusader.

“Mountain Dew is all about fueling passion and that is what this partnership is based on,” said Brett O’Brien, Vice President of Marketing for Mountain Dew. “You’d be hard-pressed to find more passionate fans than those of DEW and The Dark Knight franchise. Our goal is to offer those fans unique experiences — from package and product innovation to exclusive content and access that only DEW and Batman together could provide.”

Mountain Dew’s “The Dark Knight Rises” 360-degree campaign will include: 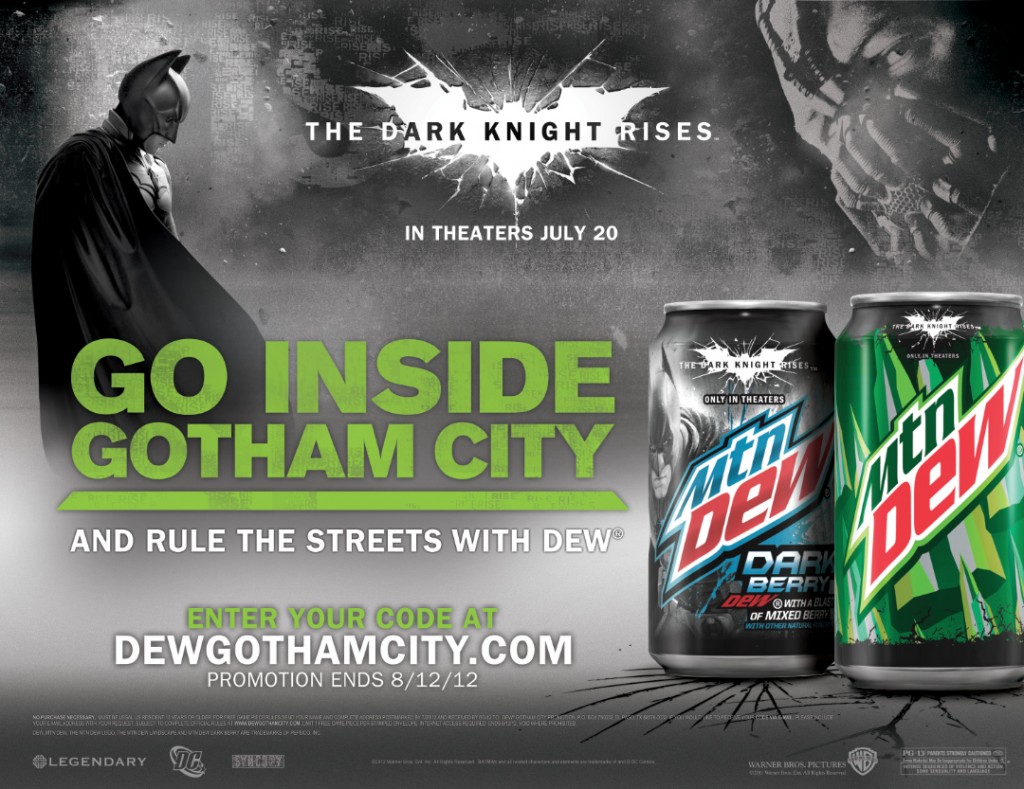 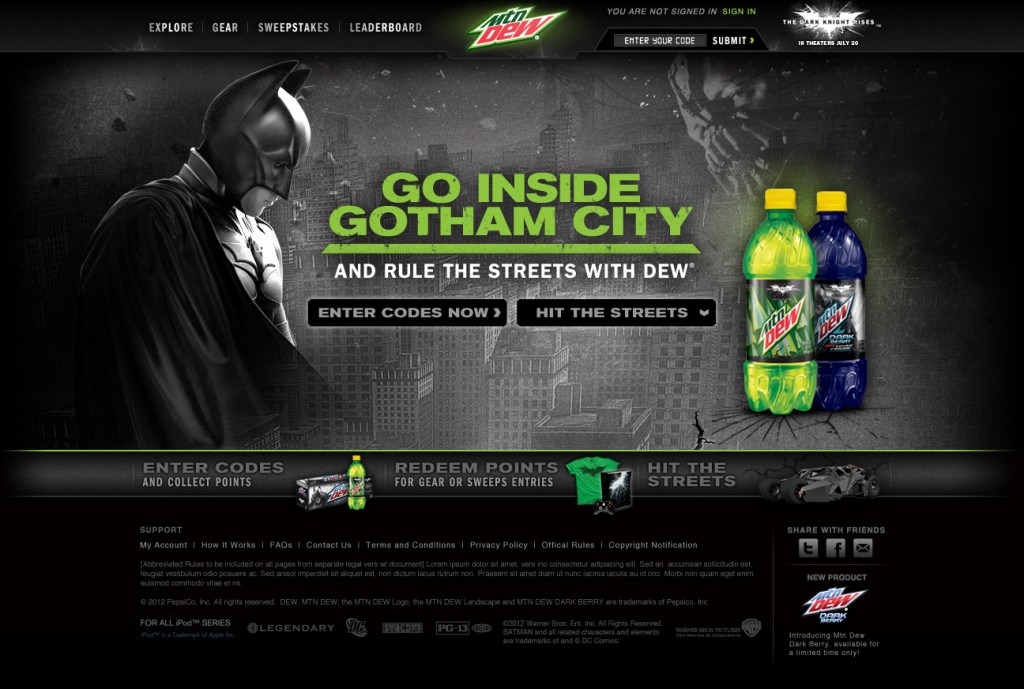 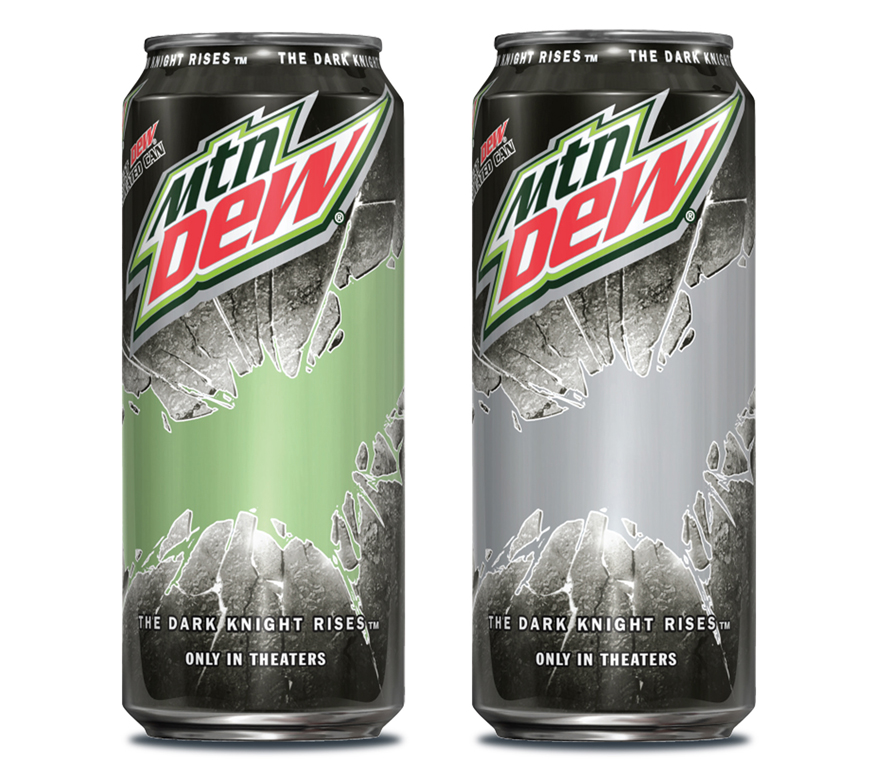 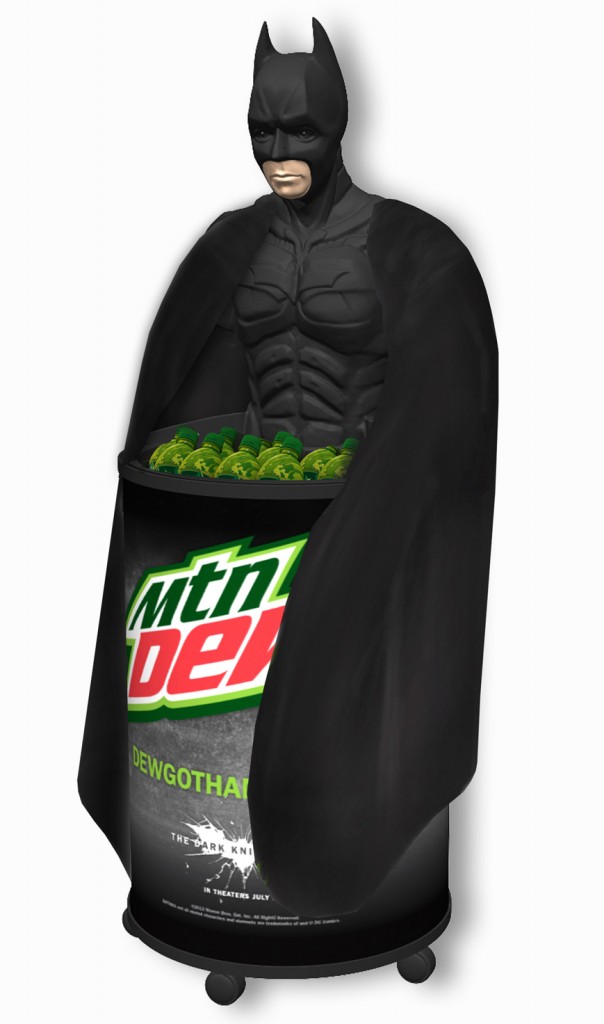