After a Best Buy employee supposedly leaked promo images for Assassin’s Creed 3, Ubisoft has officially released the box art for the game and announced a release date of October 30th, 2012. 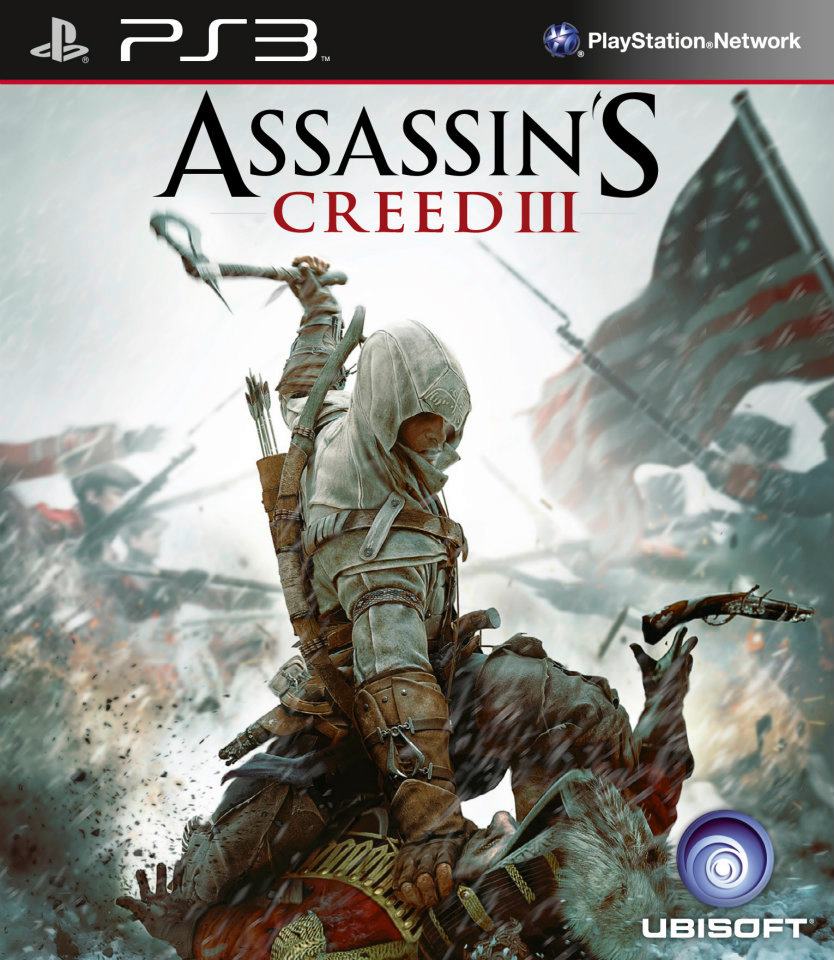 After the box art reveal, Game Informer also stepped up and posted images to tease their upcoming cover story on the title, in which more details about the new hero will be revealed. 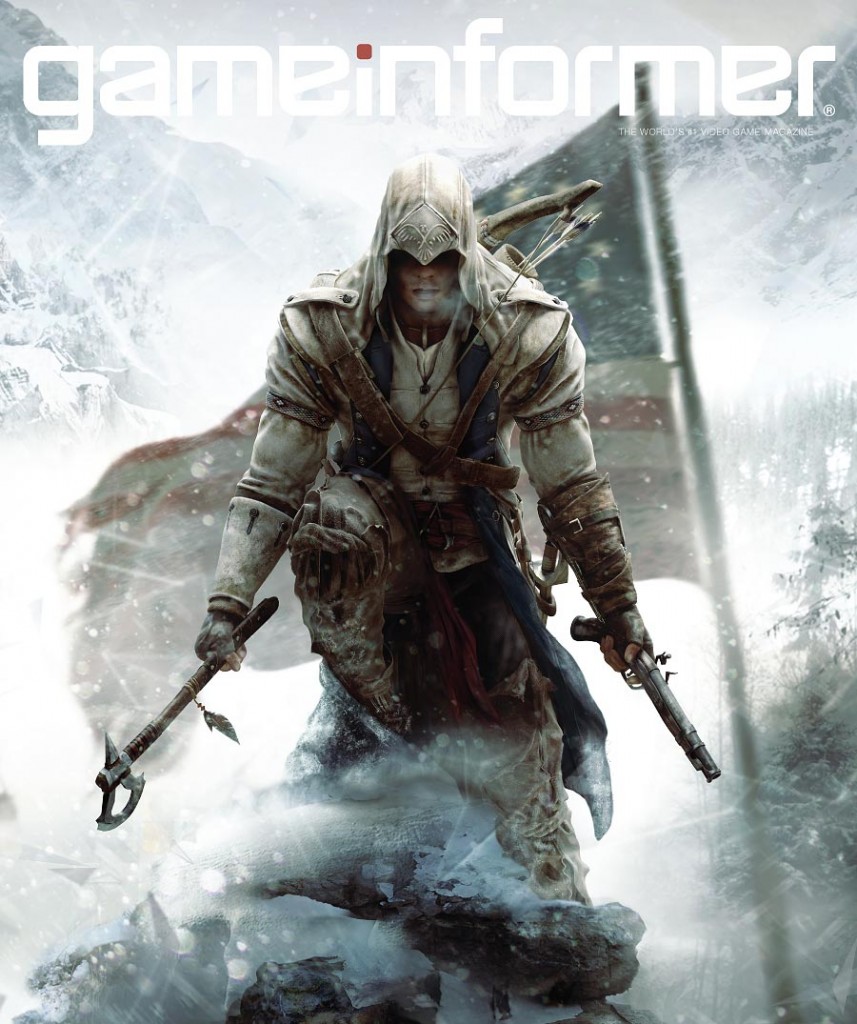 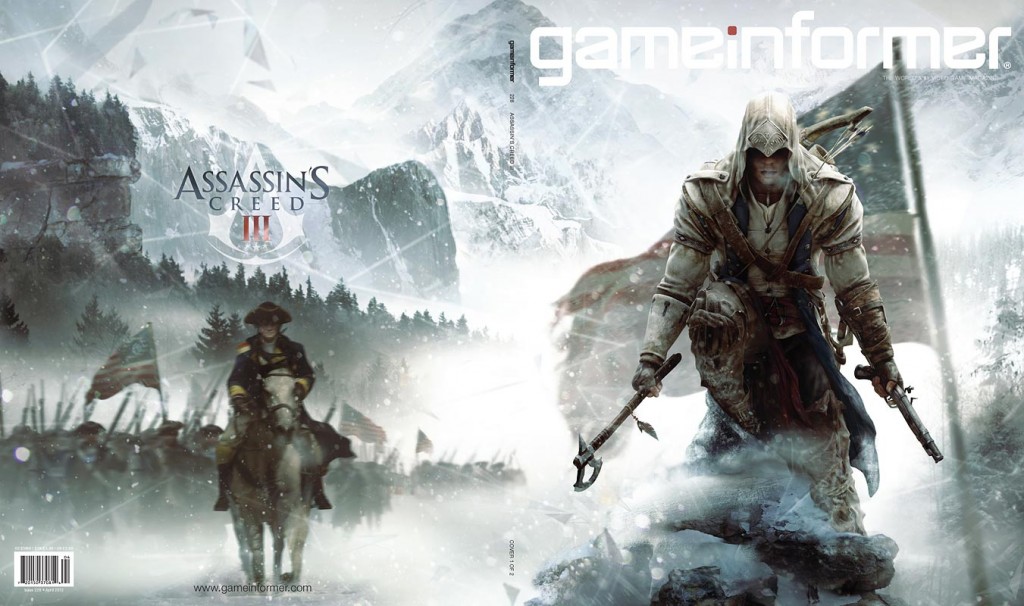 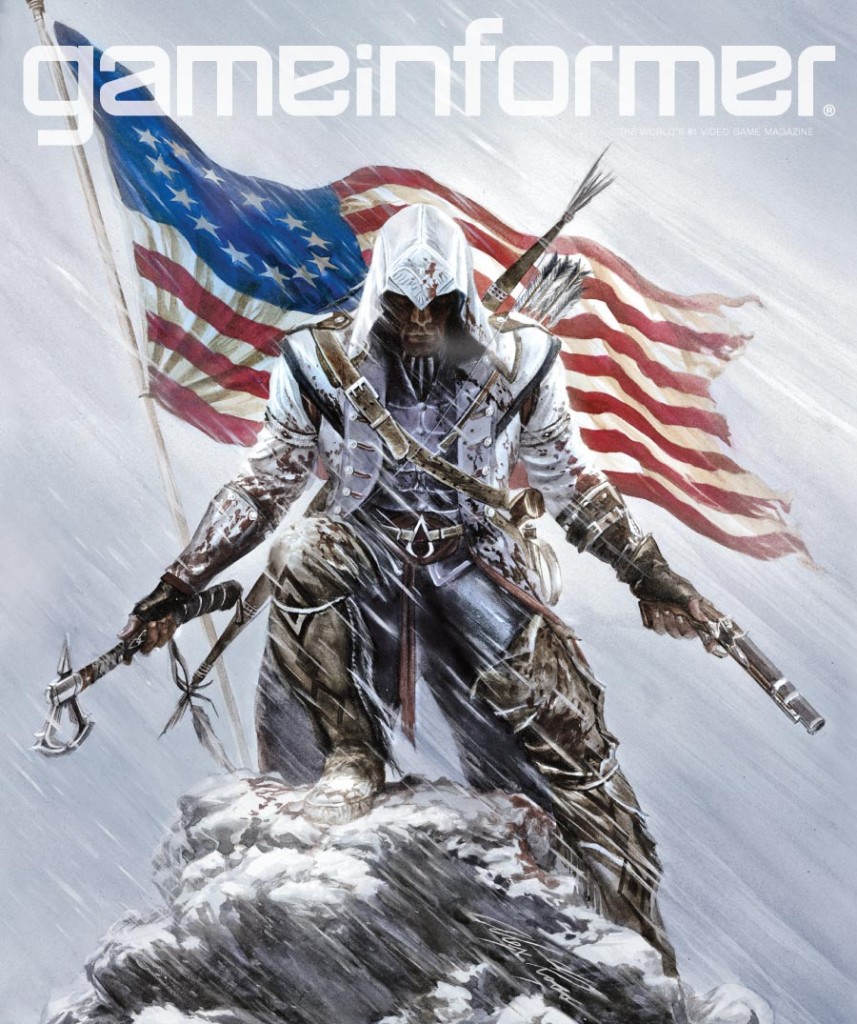 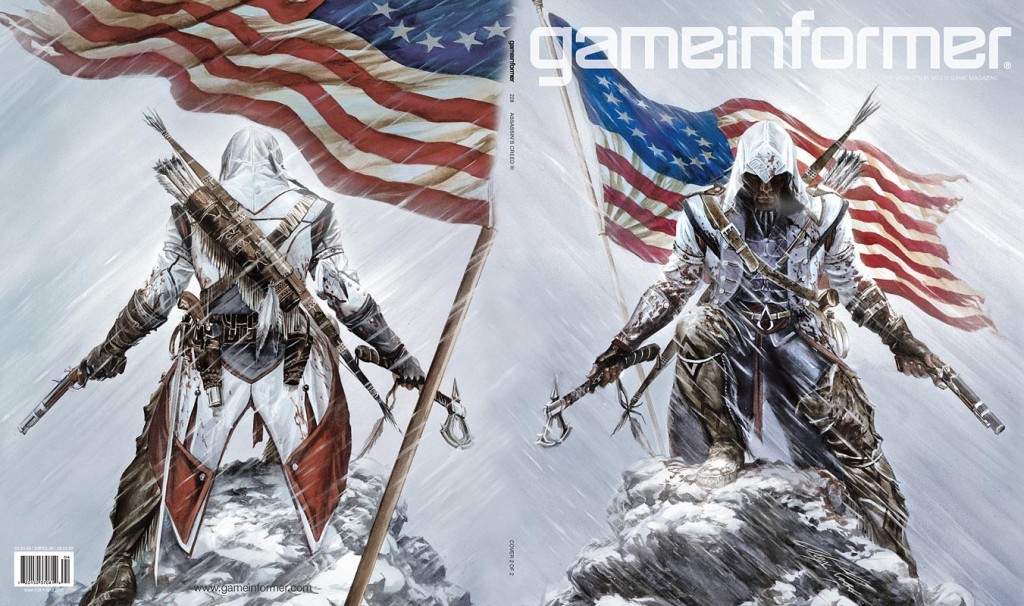 The released images, in combination with some early details from Game Informer, confirm suspicions that Assassin’s Creed 3 will take place in the latter half of the 18th century during the American Revolution. Weapons appear to include a bow, gun, and tomahawk, with the hatchet blade carved like the assassin’s crest. Also, this new assassin wears items of Native American heritage along with the traditional white assassin’s robe featuring a bald eagle on the beak of his cowl.