2 min read
Add comment
FacebookTwitterRedditPinterestEmail
In a recent interview, Dan Aykroyd spoke of his desire to create Ghostbusters 3 and expressed his frustration that Bill Murray won't do it. 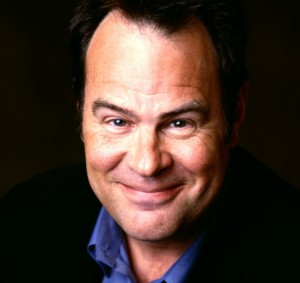 In a recent interview with the UK’s Telegraph, Dan Aykroyd spoke of his desire to create Ghostbusters 3 and expressed his frustration that Bill Murray won’t do it.

Aykroyd wrote an original script back in 1999, and a more recent version by the writers of The Office has been well received by Columbia Pictures and the rest of the original cast, with the exception of Murray.

His cantankerous friend’s refusal to have anything to do with the sequel – which is designed to pass the overalls and backpacks to a new generation of buster – has long been a source of frustration to Aykroyd.

When asked if the movie will ever really happen, Aykroyd responded:

I honestly don’t know. At this point it’s in suspended animation. The studio, the director Ivan Reitman and Harold Ramis feel there must be a way to do it, but Bill Murray will not do the movie. He doesn’t want to be involved. He’s got six kids, houses all over America. He golfs in these tournaments where they pay him to turn up and have a laugh. He’s into this life and living it. I know we’d have a lot of fun [but] I can’t be mad at him. He’s a friend first, a colleague second. We have a deep personal relationship that transcends business and he doesn’t want to know.

Rumors have speculated that Murray could be replaced by another actor or appear as a CGI ghost, but Aykroyd worries about the integrity of the franchise:

We’re not going to do a movie that exploits the franchise. The script has to be perfect. I’m the cheerleader, but I’m only one voice in the matter. It’s a surety that Bill Murray will not do the movie, however there is still interest from the studio.

Katie hadn't seen Scrooged, but now she has. Hear her thoughts in this episode.