THQ today announced the release of WWE WrestleFest, a faithfully recreated 2-D experience for iPhone and iPad based on the well-known WWE arcade game made popular in the 1990s. Complete with current-day WWE Superstars, prominent WWE Legends, an extensive downloadable content program, Road to WrestleMania progression play and multiplayer functionality, WWE WrestleFest is available now through Apple’s App Store for $2.99 (iPhone) and $3.99 (iPad). 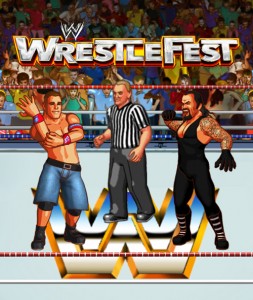