Sacha Baron Cohen will certainly be the talk of Hollywood tomorrow as he masterfully created the most memorable Oscar moment in recent years.

Originally banned from attending the awards show only to be allowed at the last moment, the comedic actor arrived on the red carpet as the lead character, General Aladeen, in his upcoming film The Dictator. While being interviewed by Ryan Seacrest, he pointed out the urn in his possession containing the remains of his “dear friend” Kim Jong-Il. The General then informed Seacrest that, “it was his dream to come to the Oscars and to be sprinkled over the red carpet.” With that, Cohen began to tip the urn and poured its contents all over the tuxedo of the noticeably shaken Seacrest. As security dragged the actor away, he quickly yelled, “If somebody asks you what you’re wearing, you say Kim Jong-Il.” 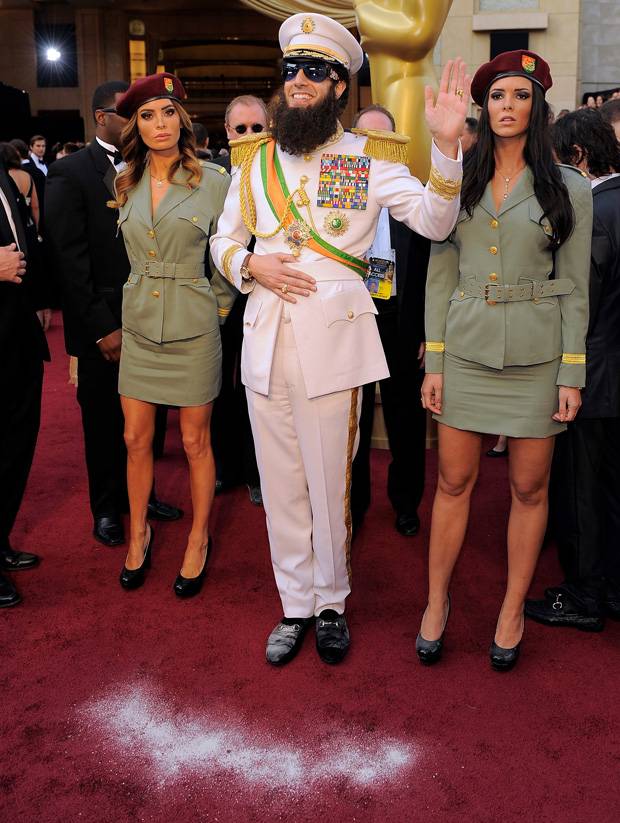