Mattel to produce Back to the Future Hoverboards

1 min read
Add comment
FacebookTwitterRedditPinterestEmail
Mattel has revealed its plans to release a prop replica of Marty McFly's Hoverboard from Back to the Future: Part II. 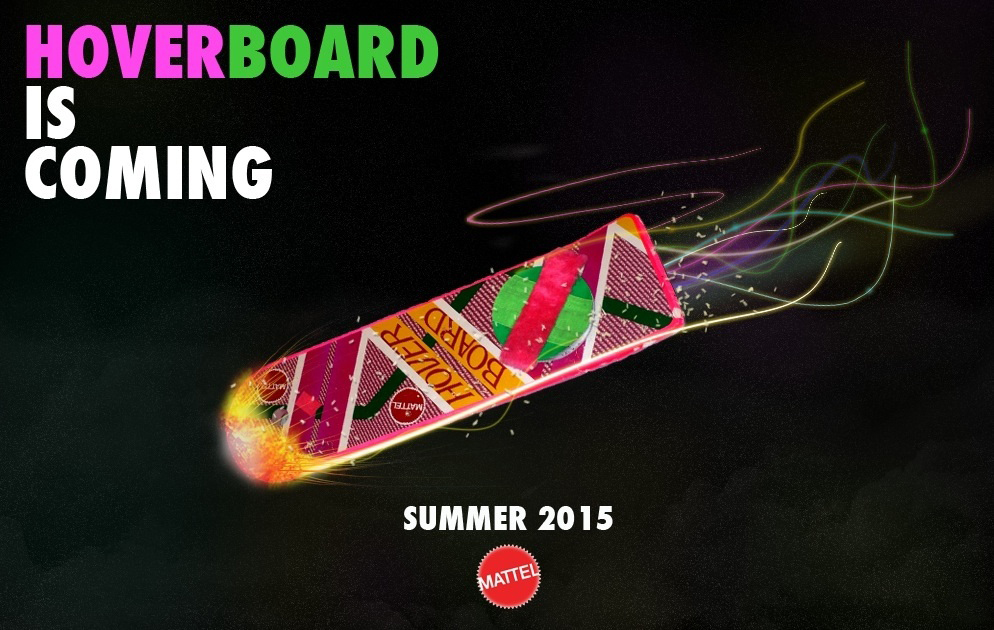 At this year’s Toy Fair in NYC, Mattel revealed its plans to release a prop replica of Marty McFly’s Hoverboard from Back to the Future: Part II. Before you get your hopes up too high, just like the Nike Mag replicas didn’t actually auto-lace, this board will not actually hover. The other catch is that it will be a limited edition, but won’t actually go into production unless enough pre-orders are placed.

Here’s the official word from Mattel (via MattyCollector.com):

Finally! This totally awesome 1:1 replica of the hover board from the BTTF 2 and BTTF 3 films includes multiple whooshing sounds and will glide over most surfaces (does not actually “hover” – check back in 2015 for that feature). We’ll be taking orders for it March 1 – March 20, 2012, and the final product will be shipped around November/December 2012. Because this is such a high-cost item, there will be a minimum number of orders required to go into production. If we don’t receive the minimum orders, won’t go into production and customers will not be charged. The price will be announced later this month. (Note: Hover board does not work on water.) 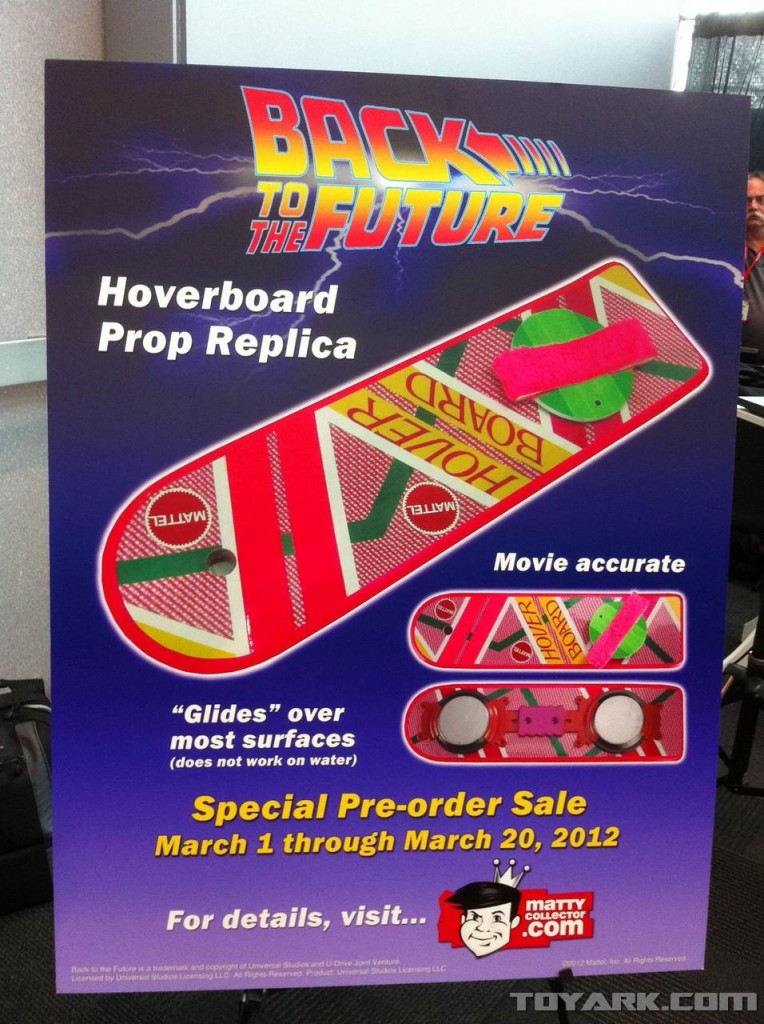 Back to the Future hoverboard Mattel Toy Fair