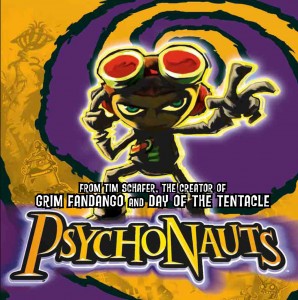 Double Fine Founder Tim Schafer gets many fan requests for Psychonauts 2 and recently told Digital Spy that he’d love to make a sequel, but there are some barriers in the way.

“I mean I get a lot of, on Twitter or whatever, daily questions about Psychonauts 2. And I would love to do Psychonauts 2, I’ve actually pitched that to publishers several times and no-one has taken the bait so far. I’d love to do that game, but I’d have to convince someone to just give me a few million dollars, that’s all.”

A funding solution may be on the way, as Minecraft creator Markus “Notch” Persson recently learned of Schafer’s problem and tweeted to him “Let’s make Psychonauts 2 happen,” followed by “Also, I’m serious.”

The official word from Double Fine is: “Tim and Markus are talking. Who knows what might happen?”

Notch followed up on the news, reminding fans that nothing is set in stone yet, by tweeting “Anyway, please don’t get your hopes too high yet. Everything is extremely vague!”