Lily Collins will be the ‘female Ash’ in Evil Dead remake 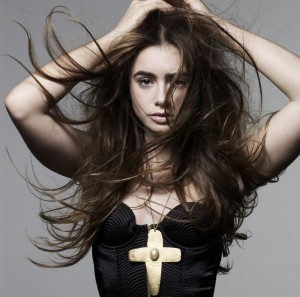 Lily Collins has been cast in the lead role of FilmDistrict’s remake of the Sam Raimi cult classic Evil Dead. Collins will play the part of Mia, a drug addict who is heading to the cabin along with her friends in an effort to detox.

But wait… isn’t the lead supposed to be that of Ashley J. Williams (Ash), as previously portrayed by the amazing Bruce Campbell? Not in this version. And honestly, can you blame them? Bruce Campbell IS Ash. While I don’t agree that the movie needs to be remade at all, since they’re going ahead with it anyway it actually makes more sense to avoid trying to accomplish the impossible task of finding a new Ash. You can’t get farther away from that than changing the character’s name and gender.

Collins was most recently seen opposite Taylor Lautner in last year’s Abduction and stars as Snow White in this year’s Mirror Mirror.

The remake of Evil Dead is coming courtesy of Ghost House Pictures, with the help of Sam Raimi and original producing partners Rob Tapert and Bruce Campbell. Fede Alvarez will direct.