Kevin Feige addresses the villains of The Avengers 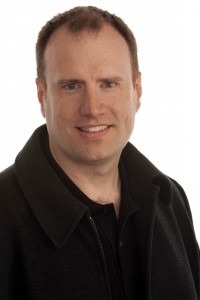 Marvel’s Kevin Feige recently talked to Empire about the long-rumored villains in The Avengers movie. Feige had the following to say:

“Who said they were aliens?” he teases.

“Beings from the Nine Realms, then?” ventures Empire.

“Closer…It’s not Skrulls, I’ve been clear about that. Beyond that, we want to hide it. The identity of the alien race is not impactful. It exists in the comic books, but we’re not setting up the Kree-Skrull war or anything like that.”

He also addressed the rumor that Red Skull would be making an appearance:

“Was Skull vaporized at the end of the movie, or thrust into another realm?” asks Feige. “That remains to be seen. It would be fun to see Skull in the future, but he’s not in this one.”