1 min read
Add comment
FacebookTwitterRedditPinterestEmail
It's being reported that a script for Doctor Strange has been completed and the hunt for a director has begun. 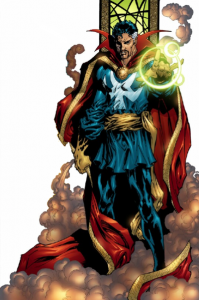 The site Fans Share is reporting that a script for Doctor Strange has been completed by Thomas Donnelly and Joshua Oppenheimer (Conan The Barbarian, Sahara) and that Marvel Studios are now actively seeking a director to come in and helm the project.