5 min read
Add comment
FacebookTwitterRedditPinterestEmail
About as fun as a headbutt from the Juggernaut, Destiny is about as paper thin as the graphics applied to the characters.

About as fun as a headbutt from the Juggernaut (bitch), Destiny is about as paper thin as the graphics applied to the characters.

Marvel has one of the strongest licensing machines in video games, with a myriad list of classic characters and storylines that are perfectly adaptable to the arena of interactive games. We have been privy to some of the finer applications of these licenses, such as the fantastic X-Men Legends I and II, as well as the movie tie-in for Wolverine: Origins (all published by Activision). So why is it when I saw that X-Men: Destiny was slated for release in 2012 I was elated that we, the gamers, might be in for another fun romp through the Marvel universe… only to check back a few weeks later and see the release date pushed forward roughly 8 months (4 or 5 months earlier than the games originally planned release). So I entered the game cautiously, with the same trepidation the bachelor has on a first date. 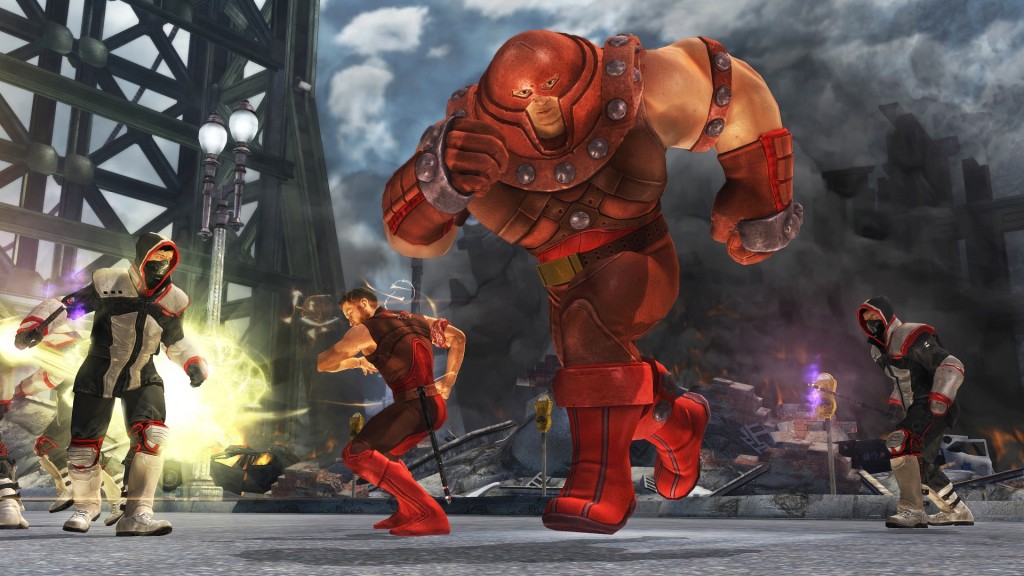 Story: When the game began, I had a hard time trying to figure out where in the X-Men canon this game fit. Professor X is dead, as is Magneto (or so we are led to believe) at the hands of Bastion. In the current universe of the X-teams, their home base is San Francisco for the most part. They have, in the game at least, negotiated a peace with the Mutant Response Division and the game begins at a peace rally. Shortly thereafter, a terrorist attack hits the rally, at which point you are prompted to select a character and begin an adventure (I use this term loosely, mind you) to save the world or destroy it.

Gameplay: Once again, comic fans and gamers are given the promise of an action RPG by the developers. Destiny is really not an RPG at any length. The game is a bizarre mix of a third person brawler with trace elements of the Marvel Ultimate Alliance formula throw in with such elements as a minimap, collectible powers, and “buffs” that can be picked throughout, giving your character the same powers as some of the X-Men. This is one of the few cool things, swapping powers in and out. Offensive, Defensive, and Utility powers, as well as the costumed looks of  the X-Men and Brotherhood leave a good degree of open ended customization, albeit poor in terms of execution. There is just not enough meat in the game to utilize all the power sets, and multiple playthroughs seem unlikely (we’ll get to that soon).

Unfortunately, the whole game involves not much substance at all. The familiar beat up the Purifiers (the games main antagonist), go to the next area, fight alongside the X-Men or Brotherhood, complete a challenge map, then have a boss brawl. The only real choices players have is participating in either Brotherhood or X-Men missions, and changing the alignment of your character meter from either X-Man or Brotherhood.

Combat is button mashing and a lousy combo system, a dodge button, and a poor jump button. Four basic combos round out standard combat, with a powered up, selectable move set becoming available as the game progresses, based on the choice of power selected at the beginning of the game. X-Mode super powers your character when you complete a suit set of X-genes. For example, a Juggernaut suit has 3 X-genes available to be equipped , unlocking a super powered X-Mode. All in all it sounds cool, but the execution is not. Most battles rely on mere button mashing, with some atrocious simple AI.

Boss battles range from simplistic, pattern based combat to infuriating. I can reference one Purifier boss that had the simplest pattern, but due to GOD AWFUL platforming, made it an ordeal by fire. You would think Silicon Knights/Activision would have learned something about platforming and jumping, considering they did it well in the SPIDER-MAN games Activision published. Sadly, the bosses in this game, while beatable,  leave a lot to be desired. 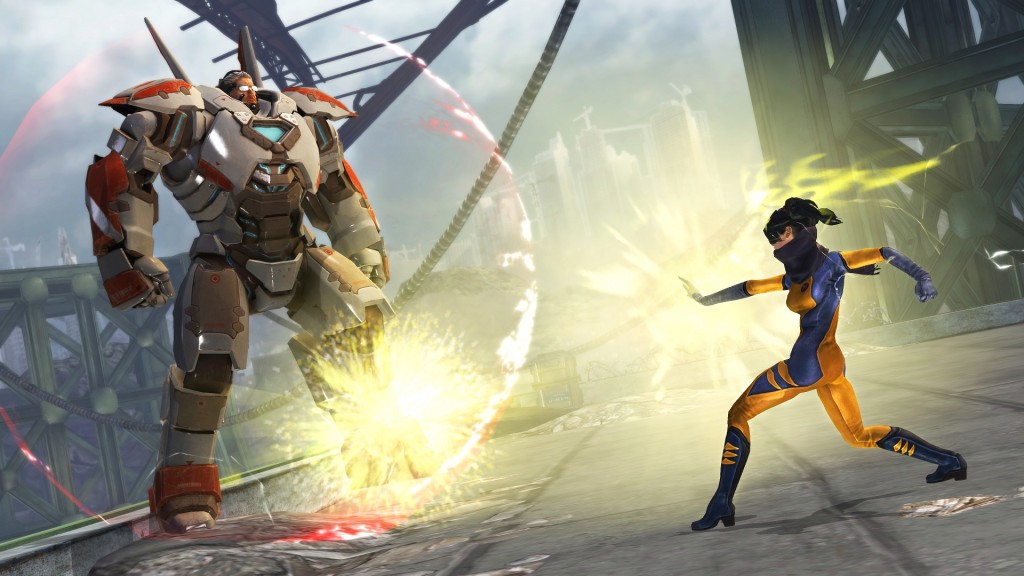 Graphics and Sound: Graphics are about as paper thin as they get. That about sums it up. From a distance, I swore my PS3 had turned into a PS2 (I played Shadow of the Colossus Remastered concurrently with X-Men, and I swear a remastered PS2 game had better visuals). The typical background character animations are awful, and the X-Men/Brotherhood character models mediocre at best, in no way comparing to current generation, big budget game technology. The soundtrack was piss poor, with a mix of techno/house beats and thumping bass. One of the most irritating levels was the Chinatown level, with a low, droning sound and strings that made me have to turn down my digital sound to a low level. Add in the fact that the voices cut out quite a bit, due to shoddy programming or loading. (Which was which I couldn’t say). The 6 GB install on the PS3 didn’t help the game any either, as clearly it could have been run on a PS2.

Overall: X-Men: Destiny is yet another rushed superhero game from the Marvel license, and probably a game that is much worse than this summer’s offerings of both Green Lantern and Captain America. If you must play an X-Men game, RENT it please. Or, buy on sale for less than $30 like I did. C’mon Activision… you know better than this, as much as Silicon Knights (developer) should, since you made Eternal Darkness, the finest Gamecube gamer ever! An abysmal first playthrough wants me to teleport to the nearest frat party and kick a wannabe frat boy. It might be more fun.

+ Customization of X-suits is about it

– Graphics are subpar or worse

– Hollow characters (although Milo Ventimiglia is pretty good in his role)

– Infuriating boss battles for the most part

– The worst platforming I have see since 8-bit days