Nightwing to be playable in Batman: Arkham City DLC 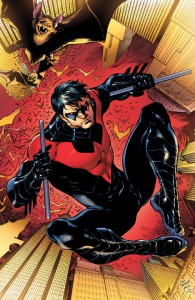 In Arkham City, you’ll be able to play as Batman, Catwoman, and Robin (Tim Drake). Batman and Catwoman are a part of the main campaign, while Robin will be exclusive to DLC content. However, it looks like the Boy Wonder won’t be the only DLC-exclusive character, as a former Boy Wonder will join him. Nightwing (Dick Grayson) has been revealed as a second DLC-exclusive playable character according to the leaked list of trophies acquired by PS3Trophies.org. Nightwing seems to be playable in “bundle packed campaigns, and ranked maps”.