6 min read
Add comment
FacebookTwitterRedditPinterestEmail
The Payne is back, as we look at and break down the first 30 minutes of gameplay.

The Max Payne franchise has been, without a doubt, a capsule for the three great triumvirates for video gamers and video games… a genre defining game, a gripping, graphic storyline, and innovative play mechanics that have been imitated and rarely duplicated. Since it’s inception in 2002, the predecessors of Max Payne 3 provided gamers with hard-boiled crime dramas that look like they have been ripped from the printed pages of a comic book. Now, in 2012, after a long hiatus, we can finally see the fruit of Rockstar Games’ labors as they prepares to release Max Payne 3, and we here at The Geek Generation had the opportunity to experience the first 30 minutes of EPIC gameplay footage at New York Comic Con in an intimate, private demonstration. 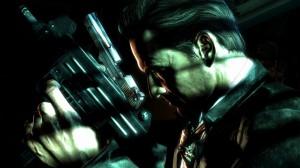 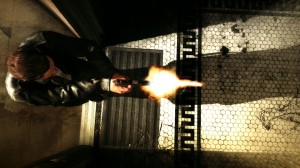 Max Payne revolutionized the shoot ’em up genre with the “bullet time” mechanic, allowing the player to slow time down, adding the stylish flair of a Hong Kong action movie to video games. The storytelling was committed to a deep, complex protagonist, whose demons mirror his real world, literal problems he faces in the game. The trademark of the “graphic novel” style cutscenes only added to the realism of a series steeped in the tradition of hard-boiled, crime/noir drama. It goes without saying Max Payne 3 is going to build on this formula in big ways.

The story thus far for Max Payne 3 is as follows: It takes place 7 years after the second game. We are introduced to an older Max, who has the same old problems in his head. Dealing with the problems has turned him into an alcoholic, with an addiction to painkillers. He is a man haunted by the violent death of his family, a man washed up, down on his luck. He has taken a position as an executive security guard in Sao Paulo Brazil, and the game will revolve around the kidnapping against his employer. Max seems to be out of his depth here, because he doesn’t know the country. It was communicated that Rockstar wants the player to be a stranger in a strange land, just as Max is.

The demo starts out with Max in his New York apartment, talking to an associate named Raul, about going to Sao Paulo. They are attacked by Anthony DeMarco, a mob boss whose son was killed by Max Payne. First impressions included a quick loading time, something which will be eliminated in the final product. Max’s classic outfit is intact, and looks better than ever on the next-gen consoles. A cover mechanic has been added so that Max can shoot out doorways and around corners, but in no way does this seem to interfere with the core bullet-time gameplay. There is no regenerating health, something all too common in many shooters today. Painkillers are Max’s source of rejuvenation if he is injured. A weapon wheel, similar to other games such as Gears of War has been added. Max is able to carry two small arms, and one large firearm. The bullet-time looks great, and the modeling of each gun, and each individual enemy is superb thus far, with fluid movement, and impeccable, stylish gunplay. A great start. 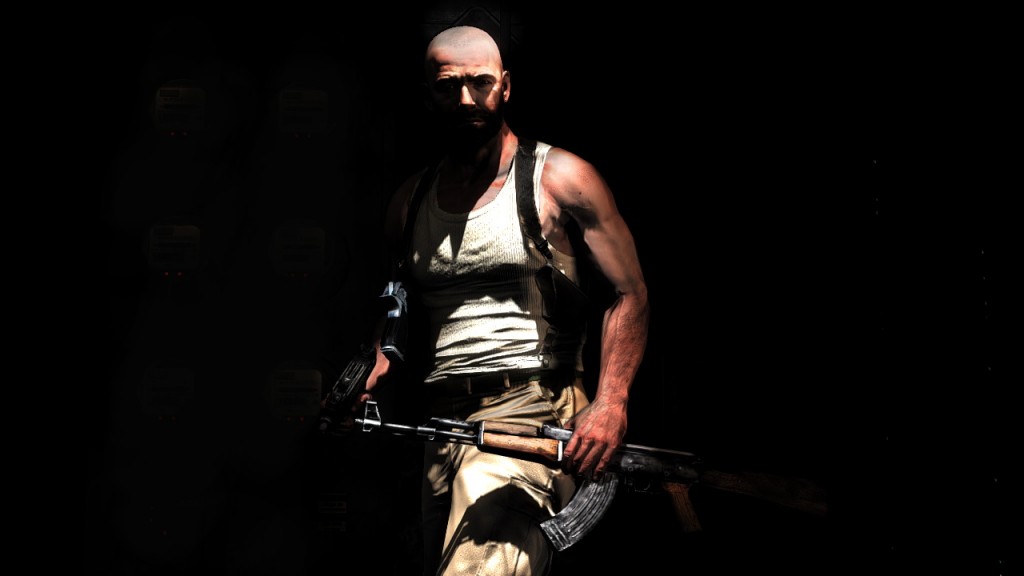 The next component to the demo revolved around Max in Sao Paulo. The new look of the character is a beefy, bearded, tank top wearing Max. Gone are the classic graphic novel cutscenes, replaced by cool looking “motion comics” that mirror the fast-paced action of the game. Don’t worry… the cutscenes still provide the player with an insight into Max’s head. The realistic, custom motion capture was showcased here, with Max holed up in an abandoned, beat up bus and enemies trying to flush him out. A melee mechanic has been added here as a strategic measure, where an enemy can be executed in a brutal way when up close. When asking about any stealth mechanic, I was told there would be none in order to focus on the traditional run-and-gun and bullet time gunplay.

A few other new features included are the ability to climb over objects in bullet time, and a cool “revenge kill” mechanic that allows players who are knocked down to kill an enemy and gain a boost. Here the smooth, natural movements of Max were really showcased, with over 1,000 gestures put into the character. Instead of just sliding on the ground, the steps and movements looked like a real person walking… an awesome upgrade from previous games. Perhaps the coolest thing is the ability to, after a bullet dodge or dive, is to roll on the ground and shoot 360 degrees from a prone position. Players of past Max Payne games may remember the bullet-following camera that the sniper rifle fired and will be happy to know that it’s still there, but in a slightly different way. The final killing bullet in an action sequence will now automatically be followed by the camera to let the player know that they’ve eliminated all the enemies in that area. Environmental kills and some awesome object interaction (Max jumping on a crane hook and being able to swing down and fire upon enemies on bullet time) really added the sense this will be a high octane, guns blazing experience players won’t soon forget. The fast-paced cutscenes seem to mirror the look and feel of the game, keeping players in the cockpit, driving them to riddle the enemies with bullets in the next room. 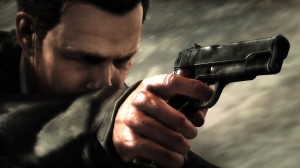 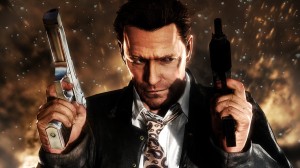 Comments: With the gritty feel Max Payne 3 promises the player, and the expectation of the story to deliver surprises that directly relate to and reference Max’s past, what I’ve seen thus far has blown me away. I was amazed at the level of detail this game had to show, including the rendering of individual weapons (slides locking and moving, slips falling out, shells being expelled from their chambers on shotguns). The core of what players came to know and love about this series is alive and well, and without rebooting the franchise. Add in the promise of a multiplayer component, and Max Payne 3 is definitely shaping up to be one of the premiere games in early 2012, and an adrenaline infused head rush not to be forgotten.