At a panel taking place at New York Comic Con, Vice President of Marvel Television, Jeph Loeb, announced several Marvel properties that are currently in development for television. Live-action series include A.K.A. Jessica Jones, The Hulk, Cloak and Dagger, and Mockingbird. Animated series include Ultimate Spider-Man and Hulk: Agents of S.M.A.S.H.

Coming to ABC is A.K.A. Jessica Jones, a series based on the Brian Michael Bendis comic Alias. For obvious reasons, the name needed a change for television. Jessica Jones is a private investigator living in New York City and trying to put her life together. Both Carol Danvers (Ms. Marvel) and Luke Cage (Power Man) would appear in the series as well.

Also coming to ABC is The Hulk. The series will primarily focus on the relationship between Bruce Banner and Betty Ross. While not mentioning him by name, Loeb made reference that Guillermo del Toro is set to produce. As far as visual effects go, Loeb said that The Avengers movie provided what was necessary in terms of research and development costs for getting a CGI Hulk onto the television screen. 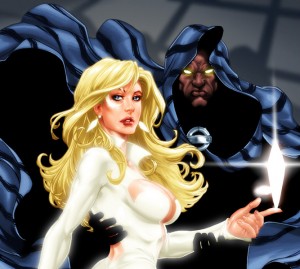 Coming to ABC Family is Cloak and Dagger, which centers around two super-powered teens in a post-Katrina New Orleans. This differs from the comics slightly as Cloak and Dagger primarily operate in New York City.

Also coming to ABC Family is Mockingbird, which Loeb described as “Alias meets Felicity.” The basic idea of the show is “freshman college student by day, S.H.I.E.L.D. secret agent by night.” 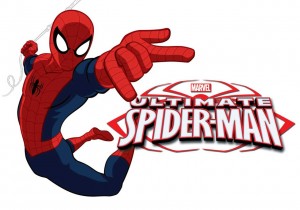 Set to hit Disney XD next year, Ultimate Spider-Man will feature plenty of humor, including Spidey often breaking the fourth wall. Peter Parker/Spider-Man will be voiced by Drake Bell. His mentor in the series, Nick Fury, will be voiced by Chi Mcbride. Reprising his role from the Marvel movies, Clark Gregg will voice Agent Coulson, who also doubles as the principal of Peter’s school. Stan Lee is set to voice Stan the Janitor, who also shares the look of his real-life counterpart. Finally, J. Jonah Jameson will be voiced by J.K. Simmons, who reprises his role from the Sam Raimi Spider-Man movies. 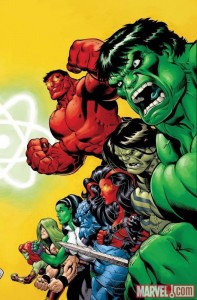 Set to hit Disney XD in 2013 is Hulk: Agents of S.M.A.S.H. The team consists of Hulk, Red Hulk, Skaar, A-Bomb, and She-Hulk. According to Loeb, the series will consist of the team “taking on the biggest threats in the Marvel universe, bigger than you can possibly imagine.”