Leading video game publishers and developers Namco Bandai Games and Ubisoft today announced that Ezio Auditore from the critically acclaimed Assassin’s Creed series will be a playable guest character in SoulCalibur V for PlayStation 3 and Xbox 360. This monumental collaboration will let players control Ezio and his wide range of assassination tools including a Roman Longsword, Stiletto, Crossbow, Hidden gun and his trademark Hidden blade.

“The entrance of Assassin’s Creed into the Soulcalibur universe is a historic meeting of two of the most revered and influential game series,” said Olivier Comte, Senior Vice President at Namco Bandai Partners. “Ezio has captured the imaginations of millions of fans around the world, and it will be very exciting to see how his lightning fast moves stand up to the mighty swordplay of Soulcalibur’s finest.”

“We are thrilled to see Ezio enter the world of Soulcalibur, as we believe the values of both brands fit together” said Geoffroy Sardin, EMEA Chief Marketing and Sales Officer at Ubisoft. “We think that this partnership will bring a great new gameplay experience to both Soulcalibur and Assassin’s Creed fans”. 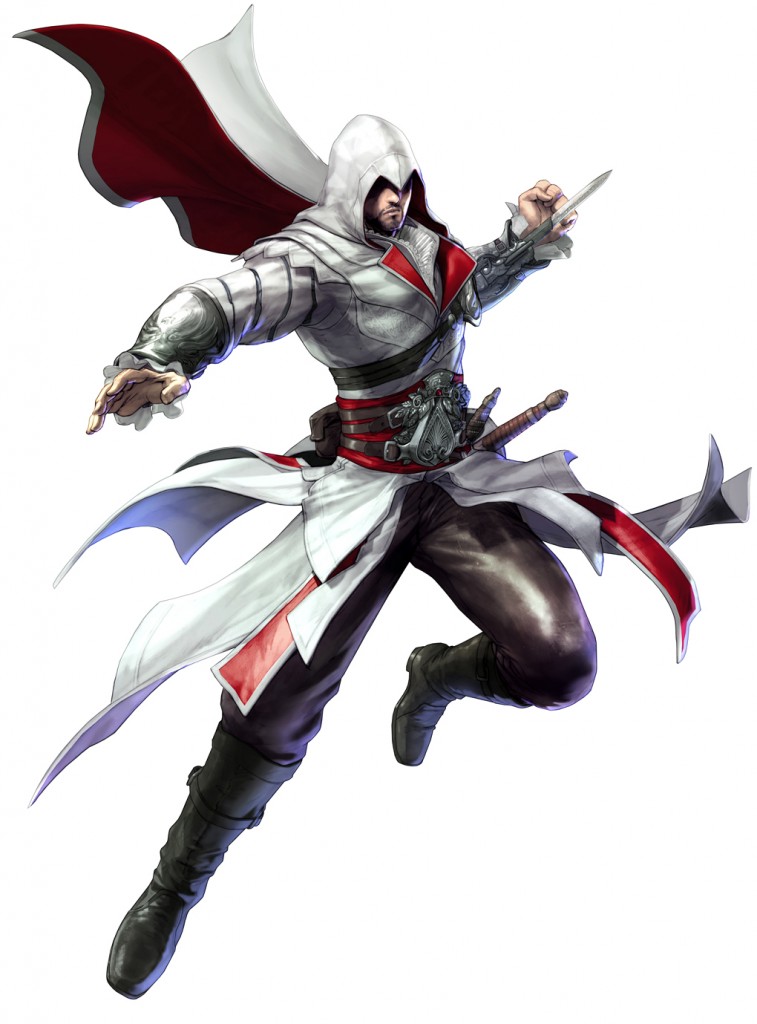 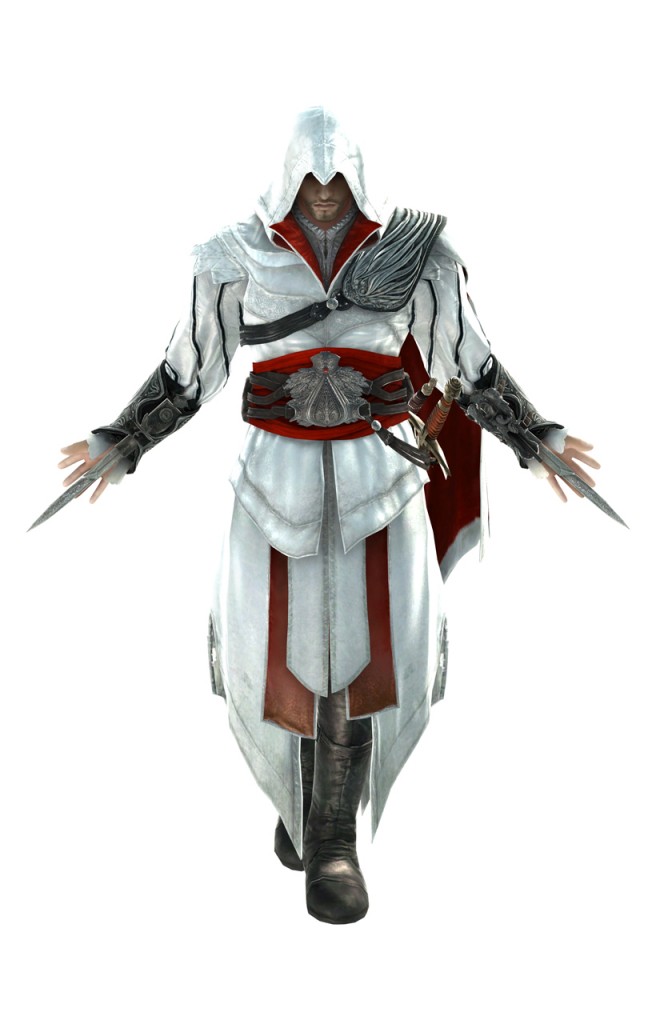 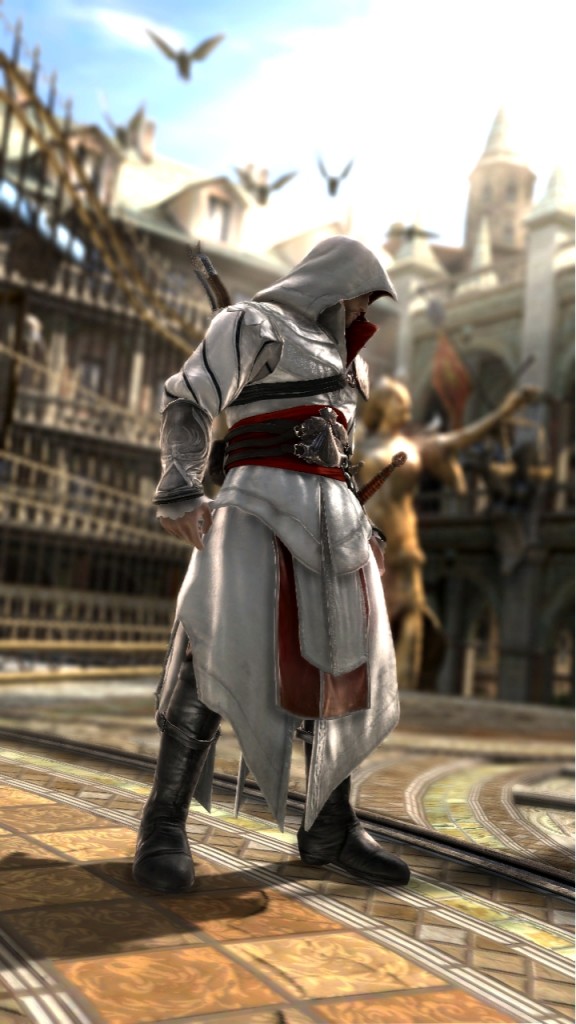