Man on a Ledge – trailer and poster

1 min read
Add comment
FacebookTwitterRedditPinterestEmail
Summit Entertainment has released the trailer and poster for the crime-thriller Man on a Ledge.

In the January 13 release, an ex-cop and now wanted fugitive (Worthington) stands on the ledge of a high-rise building while a hard-living New York Police Department hostage negotiator (Banks) tries to talk him down. The longer they are on the ledge, the more she realizes that he might have an ulterior objective.

Mackie portrays Worthington’s best friend and ally and Bell is Worthington’s younger brother and ardent supporter. Also along for the ride is Harris, who plays a powerful businessman, while Burns is a rival negotiator who tries to swoop in when he believes Banks has a conflict of interest. 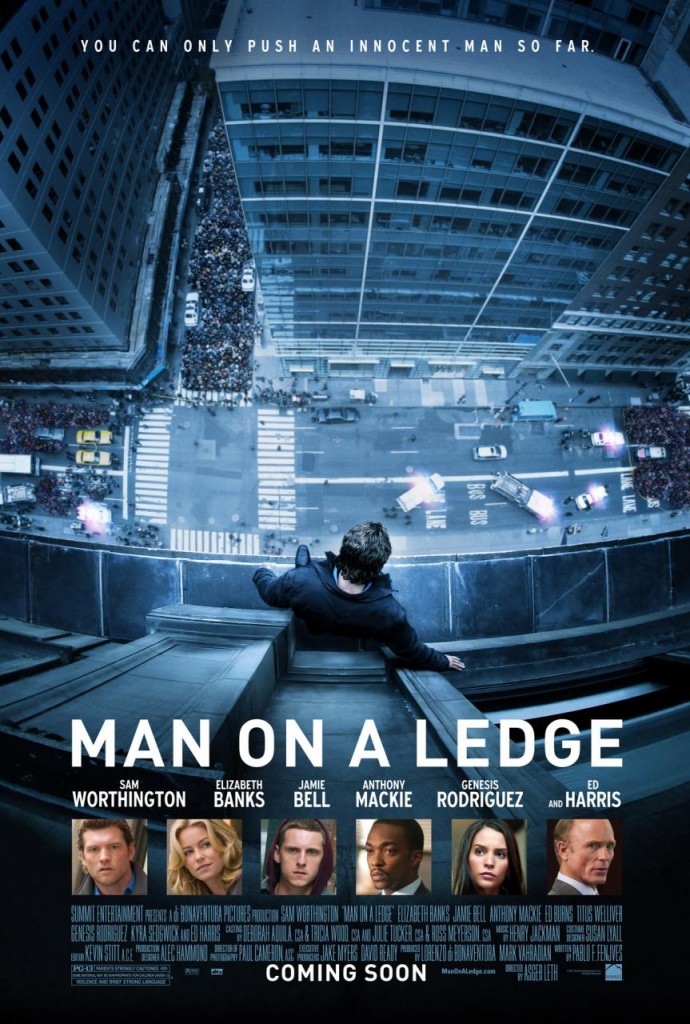