3 min read
Add comment
FacebookTwitterRedditPinterestEmail
AMC has announced that it has given the green light to Secret Stash, produced by Kevin Smith.

AMC has announced that it has given the green light to Secret Stash, produced by Kevin Smith and set in his comic shop Jay and Silent Bob’s Secret Stash. Here are some excerpts from the official statement: 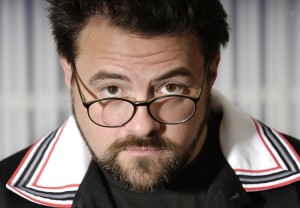 “Draper. Meth. Zombies. This show couldn’t be on a better network. AMC is to television what Miramax was to cinema back when I first got in the game: they’re the premier destination for any story-teller looking to spin an offbeat yarn that no other outlet has the stones to touch,” said Smith. “And as if I didn’t love them enough, now they’re putting my friends on TV! I’m ecstatic, proud, and extremely lucky to be in bed with a network I watch religiously anyway. And if they’d pushed just a little harder in the negotiations, I’d have done this show for no payment beyond early access to every episode of MAD MEN, BREAKING BAD, and WALKING DEAD.”

The Secret Stash is a one hour series that captures the world of the local comic book store. Way before comic book culture went mainstream, the comic store has not only been a place for people to buy, sell, or trade for cool stuff; but also to hang out and be part of a community that just loves comics. Secret Stash will capture both of these aspects of comic store life. It will document the daily banter of The Secret Stash and it’s employees and devoted customers; and it will capture the fun and emotion of buying and selling collectibles and comic memorabilia that happens in comic book stores all across the country and in mega-venues like Comic-Con. AMC’s Joel Stillerman, Senior Vice President of Original Programming, Production and Digital Content, Mary Conlon, Vice President of Non-Scripted Original Programming, and Ari Mark, Director of Development, oversee development and production for the network’s unscripted series. Eric Wattenberg from CAA represents Original Media.