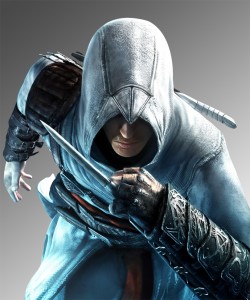 Ubisoft announced via the PlayStation blog that the PS3 version of Assassin’s Creed: Revelations will include the full version of the original Assassin’s Creed game on the same Blu-ray disc. The catch is that there are a limited supply of copies that will include this bonus, so pre-ordering Revelations is your best shot at getting the original game.

Here’s the full statement from Ubisoft:

As you know, Assassin’s Creed Revelations will see Ezio follow in the footsteps of the legendary Assassin Mentor Altaïr Ibn-La’Ahad on a quest to understand the true nature of what it means to be an Assassin. To prepare you for this journey, we thought it might be a good idea for you to have the game that started it all on-hand just in case you needed a quick refresher on Altaïr’s history.