After a number of photos leaked from the Pittsburgh set yesterday, Warner Bros. has officially released this first image of Anne Hathaway as Selina Kyle/Catwoman in The Dark Knight Rises. The photo on the official movie site refers to the character shown as “Selina Kyle”, so even with the catsuit and goggles present, there is some speculation that this is not the final costume she’ll be wearing. 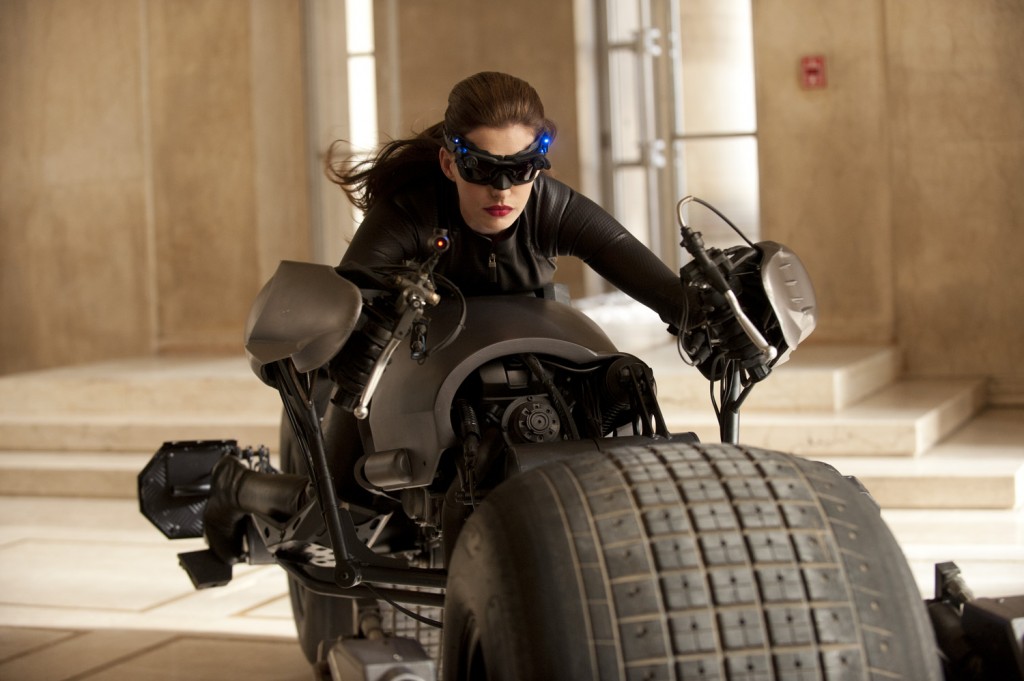 [UPDATE] Some shots of Hathaway’s stunt double have surfaced which provide a better look at the catsuit. Warner Bros. was smart to release the photo above knowing that these set photos would leak out. 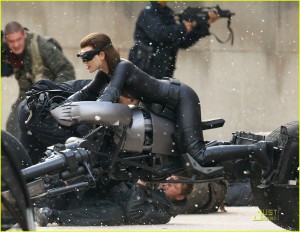 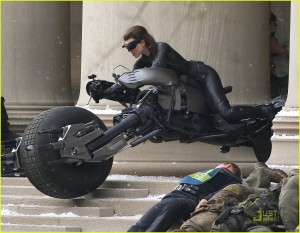 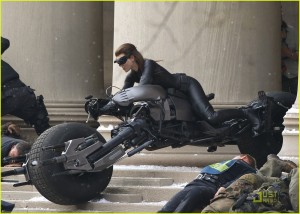 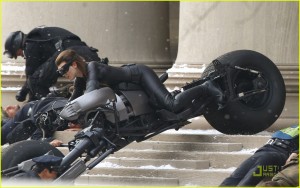 [UPDATE: 8/9] While promoting her film One Day, Anne Hathaway commented on both the official photo above and other set photos that have leaked out:

“It’s disappointing. I think everyone feels a slight frustration with it because those stills so undercut the work that’s being done,” Hathaway said.

But the actress added that it’s not ruining the movie. “No, no one’s nervous about it. I mean, honestly, like, wait till you see this movie. Chris is doing insane things in it. And it’s gonna be marvelous and it’s gonna be way beyond what anyone imagines that it could be. You can’t imagine the things that he’s doing, at least I couldn’t until I read the script and I was like, ‘You’re really? Okay, you’re going there!’ And it’s Chris Nolan; even the picture that he released of me, that’s not everything. That’s like a tenth of what the catsuit is. And I’ve got to say, I find it frustrating and I know he finds it frustrating, but I also think that he’s having fun with it, kind of like spooning out secrets. He has a lot more control than you think.”