It was confirmed at San Diego Comic Con that Stana Katic, star of ABC’s popular series Castle, will voice the character of Talia al Ghul in Batman: Arkham City.

“Talia is such a complex character and it was great to voice her in Batman: Arkham City,” said Katic regarding her role in the game.  “I was amazed at all the detail put into the project and it’s great to see how excited the fans are about the game.” 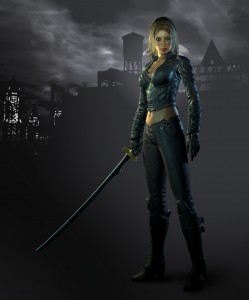 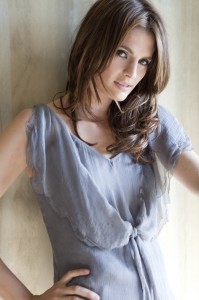 Oswald Chesterfield Cobblepot, AKA – The Penguin, is continuing his shady business dealing within Arkham City, bringing chaos and corruption to the dark alleys and foreboding corridors of the sprawling cityscape. A new trailer has been released for Batman: Arkham City showcasing the scheming villain in his role as the black market racketeer of Arkham. The foul fiend brings his criminal and financial genius, hand-to-hand expertise, treacherous toys and his feathered friends into the walled streets of Arkham City, with the sole aspiration of ridding the world of the Dark Knight. If you pay attention, you’ll see the reveal of a third character as well.