A couple of weeks ago, it was revealed that Robin would be a playable character in Batman: Arkham City‘s challenge maps and a black and white render of the character was shown. Now, a full color design for Robin has come online along with an explanation from Arkham City senior concept artist Kan Muftic:

“We wanted to create a Robin that players would identify as a contemporary character and move away from the traditional ‘Boy Wonder’ image that most people know. Our vision of Robin is the one of a troubled young individual that is calm and introverted at times but very dangerous and aggressive if provoked. The shaved head is inspired by cage fighters, because we thought that Robin might be doing that in his spare time to keep him on his toes. Still, we kept all the classic trademarks of Robin’s appearance, such as the red and yellow colors of his outfit, the cape and the mask. We really hope that people will discover our Robin as one of their new favorite characters in the Batman universe. He is back and he means business.” 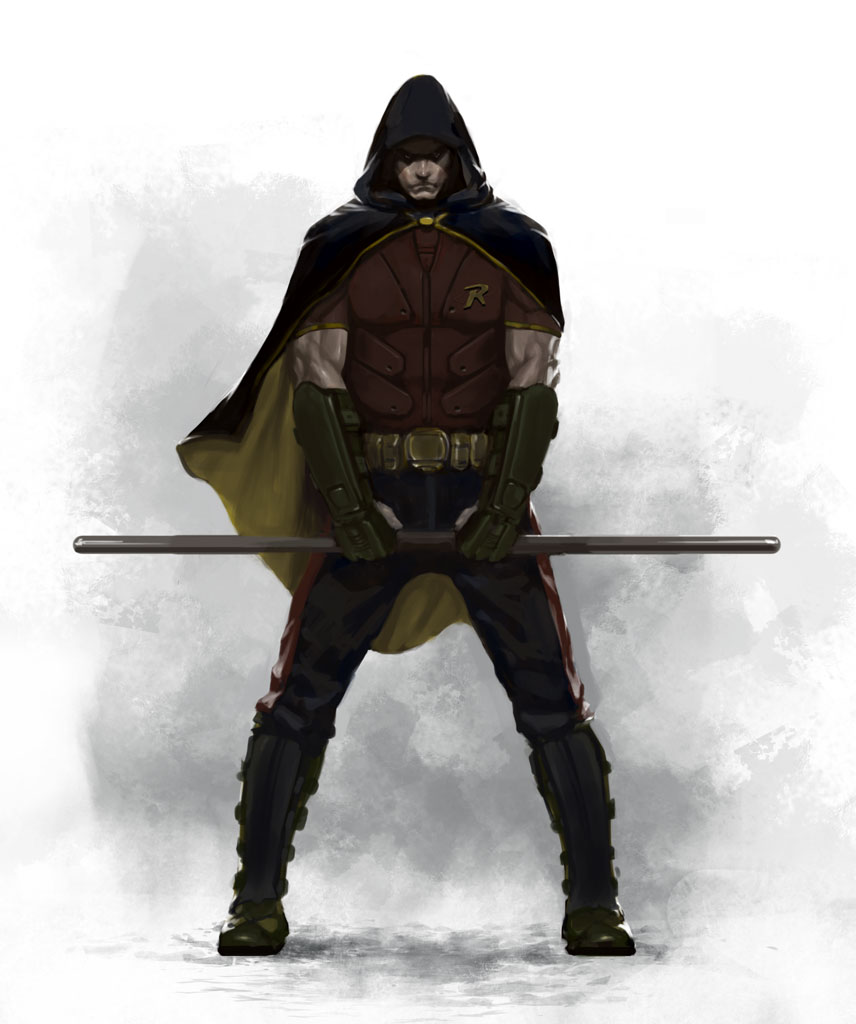