3 min read
Add comment
FacebookTwitterRedditPinterestEmail
The best of the X-franchise features some great performances and stays true to the core message of the comics. 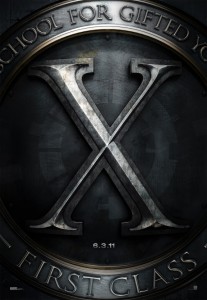 X:Men: First Class was one of those movies that looked like it could go one of many ways. It could be good like X-Men, great like X2, or downright embarrassing like X-Men: The Last Stand. While I had high hopes, I feared that a cast of virtual unknowns in a prequel attached to the same franchise would result in another X-failure. I’m glad to report that not only is First Class great, it’s the best offering from an X-Men movie to date.

This is no doubt due in large part to the return of Bryan Singer, and the addition of Kick-Ass director Matthew Vaughn. Singer originally departed the franchise after X2 to take charge on Superman Returns. Whether or not you agree with the way that the X-movies reorganize some of the characters, Singer clearly understands the underlying message of the X-Men: acceptance and coexistence. No movie up to this point better illustrates that struggle better than First Class. Whether it be Xavier’s undying faith in humanity, Beast’s efforts to hide his mutation, or Mystique’s tug-of-war between the ideologies of Charles and Erik, the message rings loud and clear.

If there is a highlight in First Class, it has to be the performances of Michael Fassbender and James McAvoy, along with the relationship between their characters, Erik “Magneto” Lehnsherr and Professor Charles Xavier. In proper prequel fashion, backstory is given for each man to lay out their journey up to the point of crossing paths. Their respective journeys give ample motivation for each of their belief structures. Charles believes mutants and humans can coexist peacefully, while Erik has seen the darker side of humanity his entire life. Under certain circumstances, like the ones played out in First Class, it’s completely believable that the two could be practically brothers. Their complex relationship is the backbone of the movie and is reflected throughout so many of the characters and events that take place.

The roles of the remaining cast are filled fairly well. Kevin Bacon is a wonderfully sinister villain as the Hellfire Club’s Sebastian Shaw. Jennifer Lawrence is a complex, yet sympathetic Mystique. Each of the “First Class” mutants bring something unique to the table. The one disappointing performance was that of January Jones in the role of Emma Frost, who managed to transform a major character from the comics into that of a wooden marionette.

As there are few flaws to point out, it’d be a crime not to see a direct sequel. On a sidenote, First Class features what is perhaps the best movie cameo I’ve ever seen. I won’t spoil it for you here though.

Bottom Line: The best of the X-franchise features some great performances and stays true to the core message of the comics.