The motivations of our villains is really what drove the decision to set our game in Zemo’s Castle. We needed a place where Red Skull could set Arnim Zola up to conduct his research.

In the comics there is a long standing power struggle between Red Skull and Baron Zemo, so it seemed fitting that the Skull would have usurped his rival’s ancestral home for the benefit of Hydra. 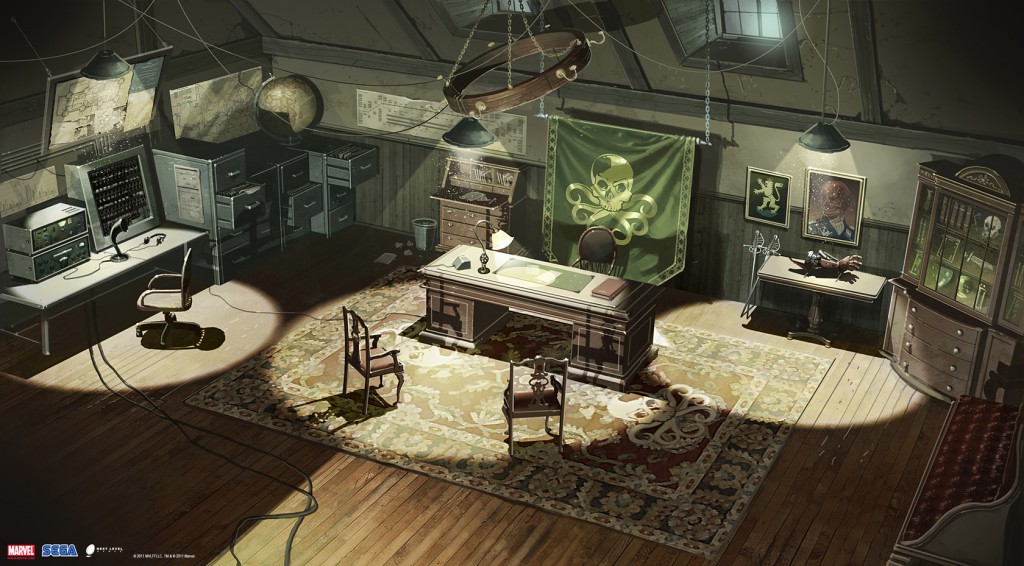 Inspiration was taken from the Ksiaz Castle in Poland. During WW2 the castle was home to Project Riese. An underground complex was created to construct Hitler’s headquarters and armaments factories. 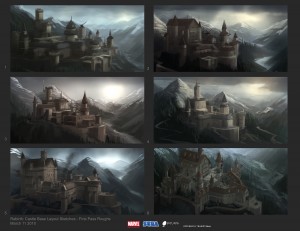 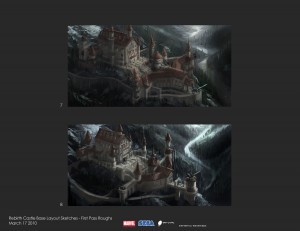 We loved the idea of a secret underground complex and thought a similar setting would work perfectly for what our villains were up to.  Visually we loved the look of the Castle proper as well, as it had the sense of history and varying types of architecture that we were looking for. 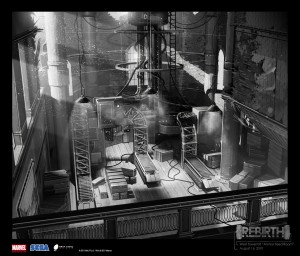 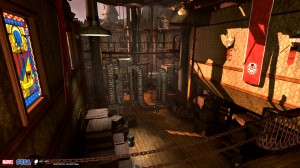 The designs for the main areas of the castle are all driven by the story, the Labs, the Cellblock, the Thermal Plant all service the main narrative. The other areas were conceived as mission objectives with the goal to inject as much history and visual back-story as we could into the castle. 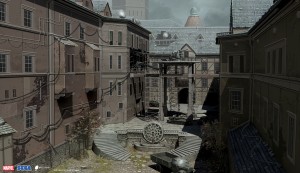 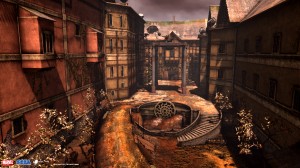 What would Cap do if he found himself here? What are Zola and Hydra actually up to? How did they go about constructing the underground complex…where did the materials come from? 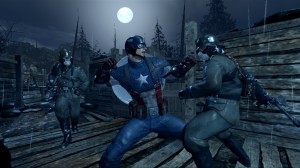 These were all questions we needed to answer to create a plausible, immersive setting for the game. The exercise of answering these questions provided us with a bunch of cool locations to populate the rest of the castle.

Once these settings were established we worked with Christos Gage to string the narrative through and tie it all nicely together.