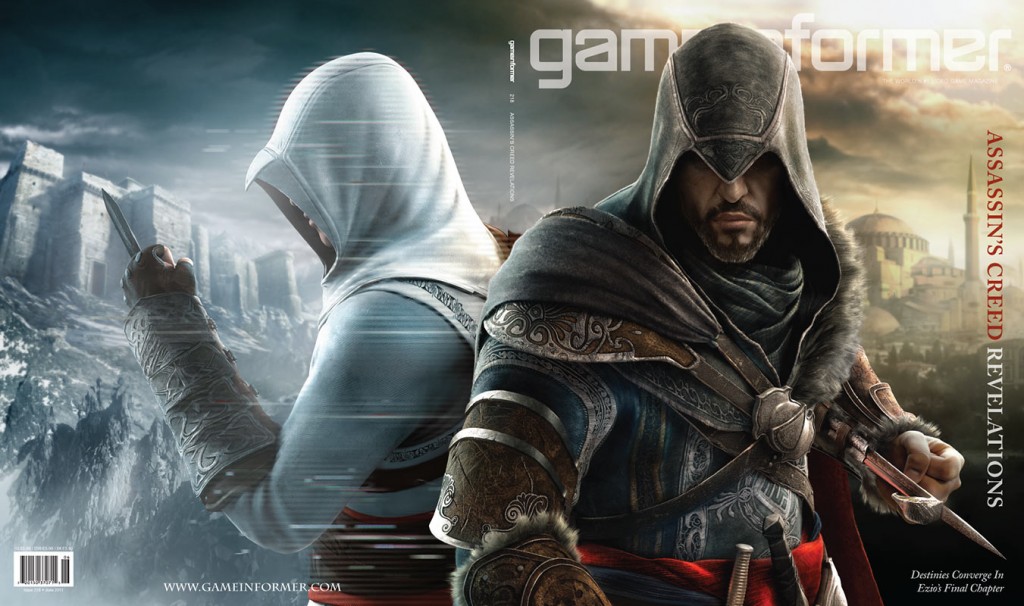 Ubisoft has announced the development of Assassin’s Creed: Revelations, the fourth installment in the critically acclaimed and immensely popular video game franchise. Assassin’s Creed: Revelations presents the most immersive experience available in the series to date and the culmination of Ezio’s adventure. The game is set to release on the Xbox 360, PlayStation 3, and Windows PC this November.

In Revelations, master assassin Ezio Auditore walks in the footsteps of his legendary mentor, Altaïr, on a journey of discovery and revelation. It is a perilous path – one that will take Ezio to Constantinople, the heart of the Ottoman Empire, where a growing army of Templars threatens to destabilize the region. The latest chapter in the Assassin’s Creed saga also includes revolutionary gameplay, allowing players to manipulate the construct of Desmond’s memories and the Animus to decipher the mysteries of his past and gain insight into the future.

In Revelations, you’ll play as both 12th century stabber Altaïr and his 16th century descendant Ezio, now over 50 years old. Ezio will be looking for “seals” which will allow him to access Altair’s memories, similar to how Desmond used the Animus to access both Altaïr’s and Ezio’s memories. Desmond is back in the Animus “where he finds a safe mode called the ‘Black Room.'” The gameplay in Desmond’s mode is described as “narrative-fueled puzzle sequences.”

The majority of the game will take place in Constantinople, which is separated into four districts: Constantin, Beyazid, Imperial, and Galata. Inside the cities, you’ll be able to establish Assassin’s Dens, a sort of expanded Borgia Tower mechanic from Brotherhood. Complete various scenarios, take down the regional Templar presence, establish a Den, and then “upgrade the buildings in that region along with adding ziplines across the rooftops.” 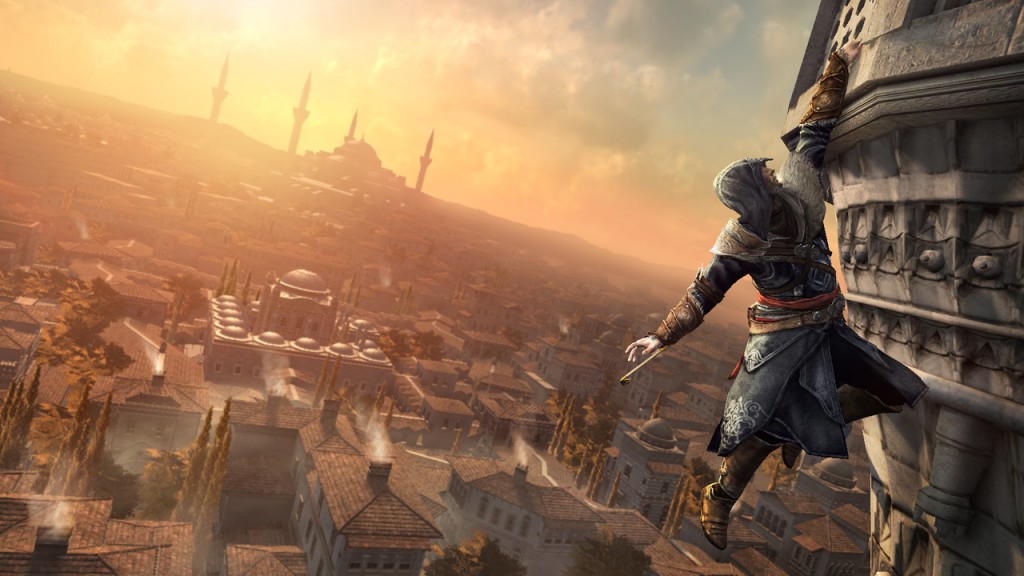 Traditional side missions have been done away with in favor of random events (ie: noticing a shop owner being robbed) but have also given Ezio a new item called the “hookblade” which can be used with the ziplines to speed up navigation “by about 30%.” The hookblade can also be used in combat to pull in enemies and set up combos. In addition to the hookblade, Ezio can now make up to 300 bombs using a crafting system.

In addition to Ezio’s award-winning story, the acclaimed online multiplayer experience returns, refined and expanded, with more modes, more maps and more characters that allow players to test their assassin skills against others from around the world. There will be a new level cap and a more narrative-focused multiplayer mode with the ability to customize your character and create guilds.