4 min read
Add comment
FacebookTwitterRedditPinterestEmail
As a game, Hector is on par with other point-and-clicks, but you'd be much better off spending your time with Telltale's other offerings.

Being a huge fan of both classic point-and-click adventures (Full Throttle, Sam & Max, Day of the Tentacle) and Telltale’s more modern offerings (Sam & Max, Strong Bad, Back to the Future), I was absolutely thrilled when they reached out to me to review the first episode of their upcoming game, Hector: Badge of Carnage. Entitled “We Negotiate With Terrorists,” here’s the breakdown of the first episode’s story:

When a hostage crisis breaks out in Clappers Wreake, the town that takes the “Great” out of Britain, Hector – a tough-talking, soft-bellied cop, known by some as “the fat arse of the law” becomes the only hope for justice. Now, the flatulent detective has to make a hard decision: carry out a terrorist’s curiously altruistic demands, or watch as his fellow officers are picked off one by one. 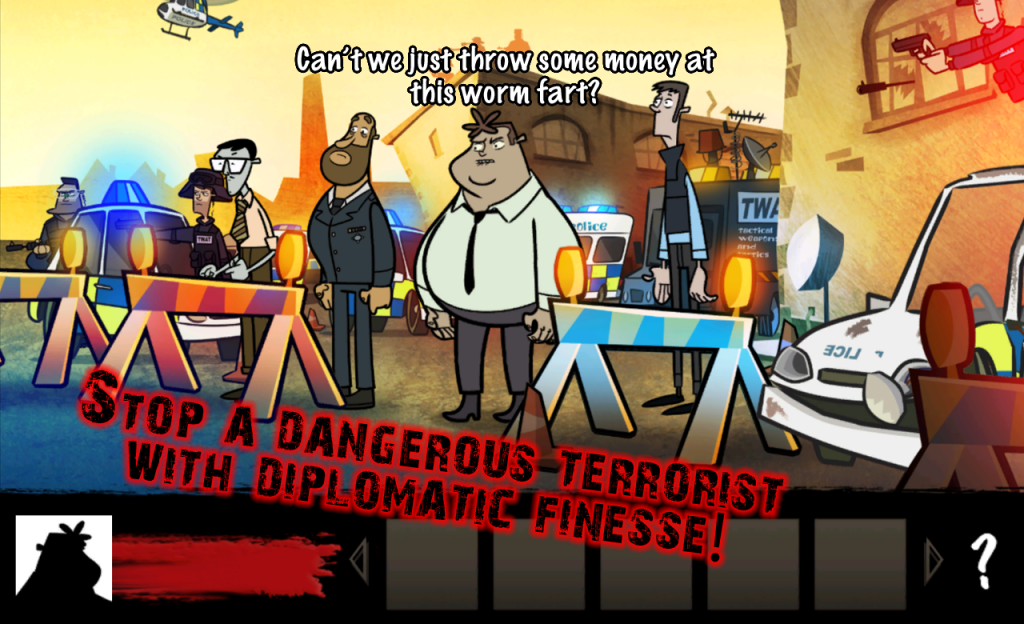 I’m always eager to try out the latest in adult-oriented gaming, and at first glance Hector had me thinking that I would be seeing a lot of humor similar to that in the Leisure Suit Larry series, you know… before those started to suck. Unfortunately, that’s not the type of humor I got. Adult-oriented gaming should be clever about its use of “adult content”, but Hector is anything but subtle. There’s very little in the game that’s not vulgar or sexually related, so after a bit it starts to lose its effectiveness. It’d be like a cute little kid standing in front of you and repeatedly saying the F-word. It’d make you giggle at first, maybe get a laugh, but eventually you’d want to turn him around and send him back to his parents. In the first episode of Hector, one of the locations you need to visit is a porn shop that has boxes of vibrators in the basement. That might sound funny on its own, but after about 40 minutes of playing in this gratuitously vulgar world, I was ready to send Hector back to his parents.

The graphics are one of the best parts of the game. They’re simple and charming, and the animation is fluid. That doesn’t go the same for the sound though. The sound effects and music were fine, but the voice recording was painful at times. Being someone who records audio on a weekly basis, I quickly recognized when levels were maxing out and popping. Some of the British accents were comical while others were downright atrocious. I apparently need to study up on my British lingo as well, because even while reading the subtitles, I still lost the meaning of a sentence here and there. Also, I’m not sure if it was a result of the code I was sent, but there were 2-3 lines of dialogue that popped up as subtitles were displayed and mouths moved, but there was no audio track playing for the intended line.

The hint system is a good addition to the game, especially in an age where a gamer could just look up the answers online if they are that stuck. It allows the player to start going in the right direction without just giving a blatant spoiler. Although, those are there too if you really want them. 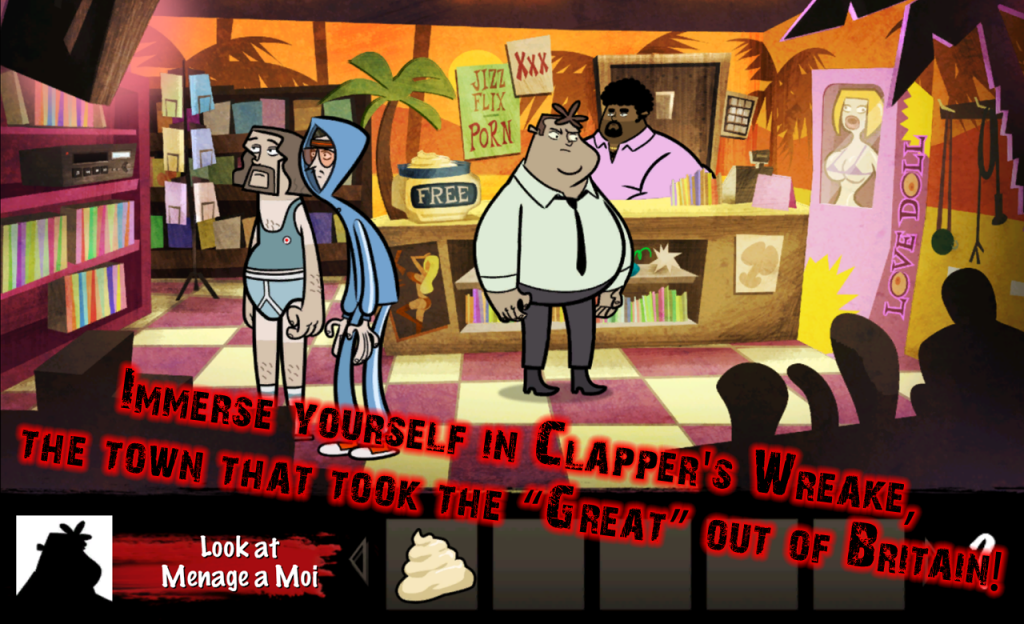 Those pieces aside, my biggest issue with Hector: Badge of Carnage was Hector himself. Most story protagonists, even the gritty, dirty ones,  have some sort of redeeming quality that allows the audience to either connect with the character or at least have a sense of empathy toward them. Hector does not. He’s rude, crude, a total asshole, and there’s really nothing likeable about him. By the final scenes of the episode, I was hoping Hector would suffer the same fate as the other negotiators that came before him. It’s just not a good sign when you want to see the main character killed within a span of a couple hours, nevermind future episodes. I’m sure there’s an audience out there that this game appeals to, but it’s certainly not me.

Bottom Line: As a game, Hector is on par with other point-and-clicks, but you’d be much better off spending your time with Telltale’s other offerings such as Sam & Max or Back to the Future.

Hector: Badge of Carnage Telltale Games We Negotiate With Terrorists