3 min read
Add comment
FacebookTwitterRedditPinterestEmail
Forget about the fact that it's a ballet movie and prepare for a psychological thrill ride. This is Natalie Portman's finest work. 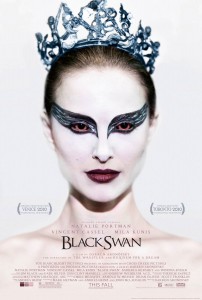 Just as he did in The Wrestler, Darren Aronofsky once again pulls back the curtain to reveal a world that most people would never have thought to explore. In Black Swan, we’re given a look at the dedication it takes to rise to the top in the world of ballet. For some, that might be enough information to avoid this review and movie at all costs, but I beg you to bare with me so I can change your mind.

Natalie Portman plays Nina, a New York ballerina who strives for perfection of her art so that she can earn the top spot in the upcoming production of Swan Lake. However, new arrival Lily (Mila Kunis) is a naturally passionate dancer that might be just what the director is looking for.

Aronofsky does a brilliant job here by taking the story of Swan Lake and mirroring that tale throughout Black Swan. As Nina works harder toward her goal, she begins to feel the stresses of achieving and maintaining success. This is the psychological journey that we are taken on. Unexplained events pop up throughout the film as evidence of Nina’s mental breakdown. At first it’s a flash here and a flash there, until the pressure becomes too much to take and the dam breaks. This is where the film really starts to get your heart pumping and why it will appeal to a mass audience. It’s much more about the psychology of the art than the art itself, and that’s what people will relate to.

Just as The Wrestler was a success based on Mickey Rourke’s performance, so is Black Swan on Natalie Portman’s. I’ve always been a fan, but never have I seen a performance of hers that was so challenging and ultimately impressive. There’s already a lot of Oscar buzz being generated, and I’ll gladly throw my vote into the hat. It’s not only impressive from an acting standpoint, but the amount of work that had to go into preparing for the physical demands of the role is mind-boggling. Let’s not forget the supporting cast though. Mila Kunis plays a perfect contrast to Portman’s Nina, Vincent Cassel brings an arrogant creepiness to the seducing director, and Barbara Hershey as Nina’s mother serves as the perfect motivation for madness.

My one and only issue with the film is the amount of non-reality flashes that occur. While necessary at times to properly illustrate the mental tearing, it can leave questions as to how things actually happened in reality. Most are fairly obvious, but without spoiling anything, the ending sequence may have you wondering exactly how it all could have happened the way it did. I’ll just leave it at that and allow you to pick up the pieces.

Bottom Line: Forget about the fact that it’s a ballet movie and prepare for a psychological thrill ride. This is Natalie Portman’s finest work.