1 min read
Add comment
FacebookTwitterRedditPinterestEmail
It would seem that the role of Nathan Drake in the upcoming Uncharted movie has gone to Mark Wahlberg. 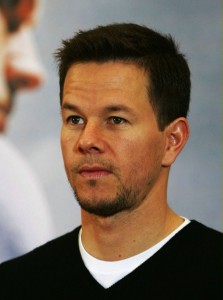 Despite the efforts made on Twitter by Nathan Fillion, it would seem that the role of Nathan Drake in the upcoming Uncharted movie has gone to Mark Wahlberg.

Wahlberg told MTV he hopes to reteam with his The Fighter and Three Kings director David O. Russell next year.

“The idea that he has is just insane,” Wahlberg said about Russell. “So hopefully we’ll be making that movie this summer.”

It seems that Robert De Niro and Joe Pesci are being sought after for roles as well.

He added: “That’s who he wants to write the parts for. I talked to Pesci about it and I know David’s people have talked to [Robert De Niro]… I’m obviously in whatever David wants to do but the idea of it is so off the charts: De Niro being my father, Pesci being my uncle. It’s not going to be the watered-down version, that’s for sure.”