Christopher Lloyd returning for Back to the Future games

3 min read
1 comment
FacebookTwitterRedditPinterestEmail
Telltale Games has announced that Christopher Lloyd is returning to voice Doc Brown for the Back to the Future game series.

Telltale Games has announced that Christopher Lloyd is returning to voice Doc Brown for the Back to the Future game series. The films’ co-creator and writer Bob Gale is consulting as well. Here’s the full announcement:

At 88 miles per hour, Back to the Future took millions of spellbound viewers on a high-flying voyage across the space-time continuum in a trio of wildly inventive tales that broke box-office records around the world. To celebrate the 25th anniversary of the Academy Award®-winning cinematic franchise that generated nearly $1 billion worldwide, Telltale Games will release a new game series this winter as part of the milestone soon after the Blu-ray debut and DVD release of the Back to the Future 25th Anniversary Trilogy on October 26, featuring all-new restorations of the classic films.

Telltale today announced that the highly anticipated Back to the Future games will feature the likenesses of the original stars that made the characters of Marty McFly and Doc Brown legendary: Michael J. Fox and Christopher Lloyd. Lloyd is voicing Doc Brown for the full game series, which Telltale will deliver in five monthly episodes. The first images showing the game depictions of Marty and Doc are now available at: www.backtothefuturegame.com. The game series is developed through a licensing agreement with Universal Partnerships & Licensing.

“Creating cinematic adventures true to the source is a top mission for Telltale,” says Telltale CEO Dan Connors. “Securing Marty and Doc for the games, and presenting the experience that fans know and love, has been top on our list since we initiated development.”

Co-creator and writer Bob Gale’s involvement further strengthens the links to the original series. Gale is consulting with Telltale on the characterizations and storyline for the game, ensuring it will be true to the spirit and adventure of the films.

Gale elaborates: “Twenty-five years ago when I wrote Doc Brown’s line about ‘seeing the future,’ little did I realize that I would be traveling with him to work on this game. Collaborating with Telltale is an amazing opportunity to continue the adventures of Doc and Marty.”

Telltale is also pleased to announce that the games will feature the DeLorean Time Machine, and to celebrate the historic vehicle’s return, it will make a guest appearance at the 2010 Penny Arcade Expo in Seattle Washington September 3 through 5. Fans attending this increasingly popular gaming and culture event can re-create the iconic pose from the movie posters and capture their photos with this authentic replica of the famous vehicle in the Convention Center’s South Hall. 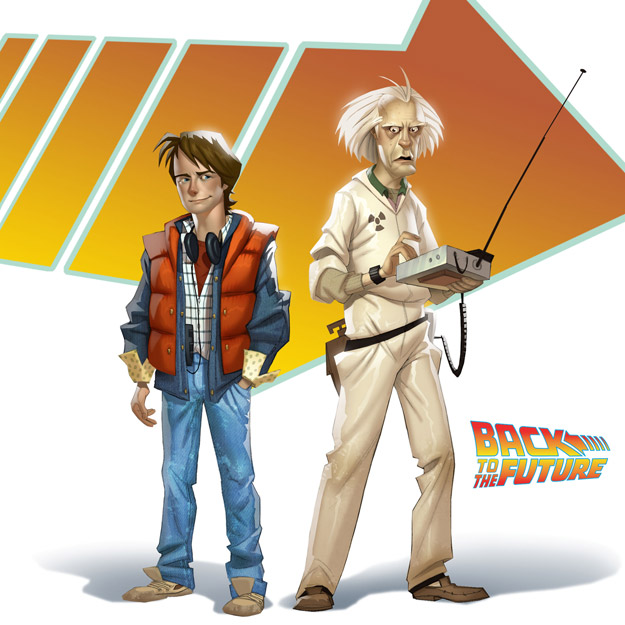