Here are some of the new things added to the mix for PixelJunk Shooter 2: 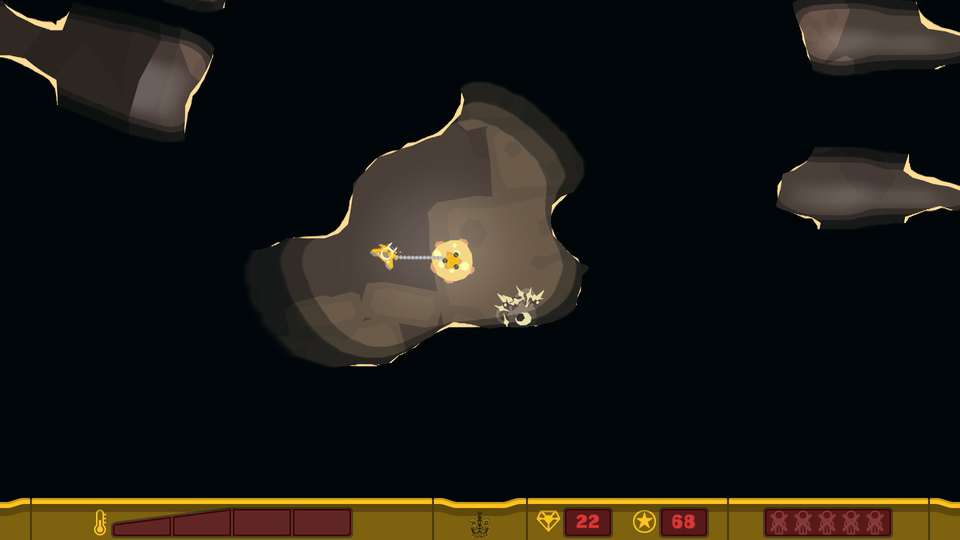 LIGHT AND DARK. I quickly learned that darkness is not your friend in PixelJunk Shooter 2. Traveling though a dark area for more than a few seconds will attract invulnerable apparitions – the spectral remnants of a “lost civilization” — and almost instant death. Faced with a long, shadowy tunnel, I turned my cannons on a nearby phosphorescent mushroom. While it bobbed like a metronome, I was able to stay within its small orb of light to pass through the tunnel unscathed.

That’s when I discovered another threat lurking in the darkness: worm-like parasites that latched onto my ship’s hull and slowed my movement to a crawl. Once exposed to light, the worms quickly wither and die — but their slowing effect can spell doom when you’re desperately trying to escape the ghosts. 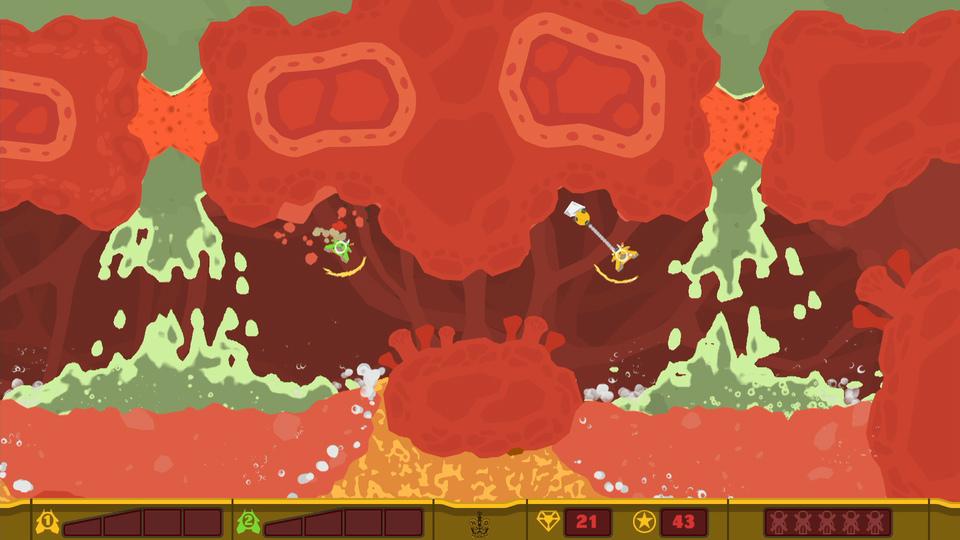 NEW ELEMENTS. By and large, the original game tasked players with manipulating magma and water (plus that magnetic black fluid found near the end of the game) to advantageous effect in order to rescue stranded explorers. But being set inside the “Belly of the Beast,” PixelJunk Shooter 2’s various substances have a more organic theme: I saw a caustic bile-like fluid as well as a mysterious purple ooze.

EDEN…FOUND? In another sequence, I encountered vast clouds of a smoke-like substance that caused my ship to spin like a top and careen helplessly out of control. Trouble was, I had to traverse the cloud in order to reach the end of the level. What to do?

While spinning, I used my grappling hook on an oddly shaped object placed nearby, which caused me to swing around and around like a kid on a merry-go-round. By releasing the grappling hook at the right time, I was able to propel myself out of the cloud and safely into the level’s exit. PixelJunk Eden fans will feel right at home!