NBA Jam held for ransom by purchase of NBA Elite 11 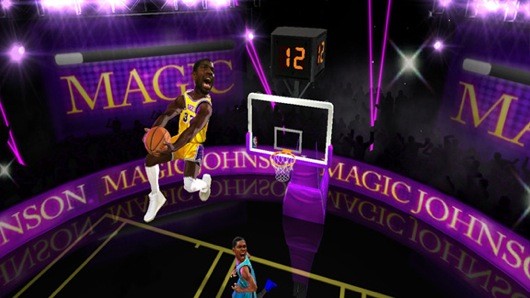 EA Sports, you calculating bastards!! EA announced that customers who purchase NBA Elite 11 on PlayStation 3 or Xbox 360 will receive a download code for NBA Jam.

The way EA explains it: if you drop $60 on NBA Elite 11, due on October 5, the game will offer a “one-time download code” for three modes of NBA Jam, including Play Now, Classic Campaign and Online. The “Remix Tour” mode remains exclusive to the Wii version.

The next logical question is, “What if I don’t want to shell out $60 for NBA Elite 11 and just want to purchase NBA Jam to download??” Well then, you’d be out of luck.

The official word from EA: “NBA Jam has been optimized for the Wii, but the content of the Classic Campaign and Play Now modes will be the same as the Wii version. Jam is only available with the purchase of NBA Elite 11. There are no plans to sell it as a standalone product on the Xbox 360 or PS3 at this time.”

Let’s hope the keywords there are AT THIS TIME. I won’t be a victim to your trickery EA… but I do love NBA Jam… no, I WON’T!!