In the November release, Peter Highman (Downey Jr.) is an expectant first-time father whose wife’s due date is a mere five days away. As Peter hurries to catch a flight home from Atlanta to be at her side for the birth, his best intentions go completely awry when a chance encounter with aspiring actor Ethan Tremblay (Galifianakis) forces Peter to hitch a ride with Ethan–on what turns out to be a cross-country road trip that will ultimately destroy several cars, numerous friendships and Peter’s last nerve. 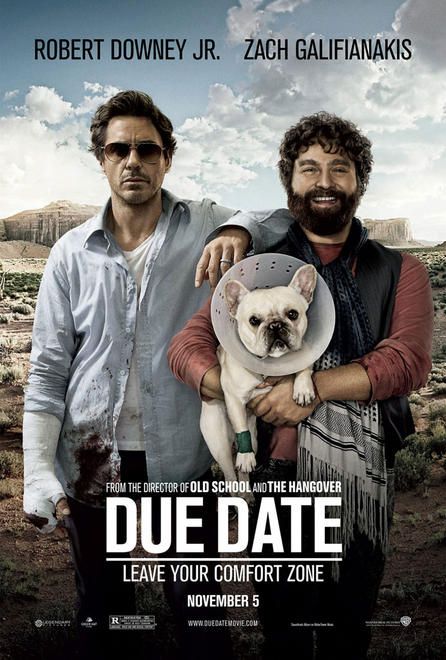