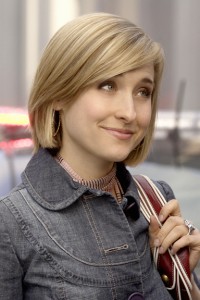 Chloe Sullivan from Smallville (played by actress Allison Mack) will appear in the backup feature of’  “Action Comics” as an ongoing character (marking the first time she has appeared in a comic book since she was created for the TV show). Writer Nick Spencer will be writing a Jimmy Olsen co-feature in “Action Comics,” and wore a bow tie to commemorate the occasion. “Jimmy Olsen’s always been one of my favorite characters,” Spencer said. His story will be about “what it’s like to be a normal guy in the DCU.” Olsen is “determined to live life to its fullest, and that puts him into some crazy situations.”