Yesterday we reported on the unveiling of the concept art for Captain America’s costume and today we get to look at some of the concept art for Thor’s. Of course, we’ve already seen an image of Chris Hemsworth in the Thor getup, but not a full body look at the costume just yet. It’s also great to get a better look at what we can expect with Thor’s hammer, Mjolnir.

If the images alone don’t thrill you, their release further adds credibility to the Captain America pictures. They are both done in a similar style using their respective actors as models. Since the Thor images match up with the photo that we’ve already seen, I think it’s safe to say that Cap’s costume won’t be a far cry from the concept art either. 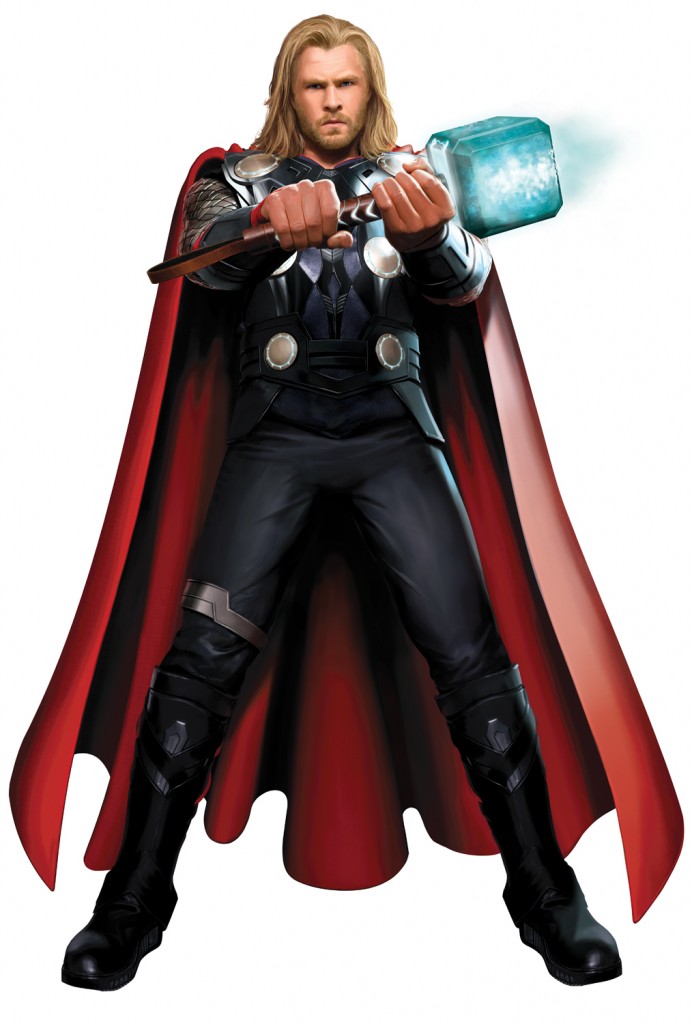