Warner Premiere’s next DC Universe Original Animated movie will be Superman/Batman: Apocalypse. On September 28, 2010, the movie will be released in three different versions: a single standard edition DVD, a double-disc Special Edition DVD, and a Blu-ray disc. According to IMDb, Kevin Conroy will return as the voice of The Dark Knight while Tim Daly is rumored to once again be voicing the Man of Steel. I hope this remains true as it would keep this film consistent with the last Superman/Batman release, Public Enemies. The movie is based on the second story arc, “The Supergirl from Krypton,” from Jeph Loeb and Michael Turner’s “Superman/Batman” series.

The cover art also reveals that there will be a Green Arrow short included. 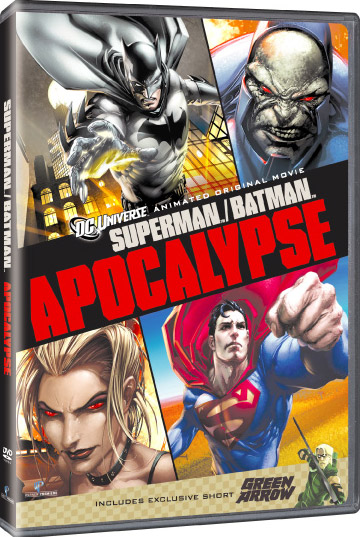