Sam Raimi to direct ‘Oz, the Great and Powerful’? 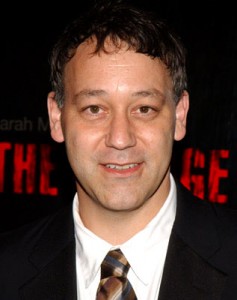 Vulture is reporting that Sam Raimi has been offered the director’s position on Disney’s upcoming Wizard of Oz prequel entitled Oz, the Great and Powerful. Raimi has yet to officially accept the position and there is some speculation that he may turn it down.

The project would focus on the character of the Wizard himself and his humble beginnings in Omaha, leading to the balloon accident that leaves him stranded in Oz.

Warner Bros., meanwhile, has been developing two Oz-set films itself: It has a project called Wizard of Oz set up with former Warner studio-exec-turned-producer Basil Iwanyk (Clash of the Titans), with a script by Josh Olson (A History of Violence). And at the Warners-owned genre label, New Line Cinema, Twilight producers Marty Bowen and Wyck Godfrey have a project entitled simply Oz, with a script by Darren Lemke (Shrek 4).

Oz the Great and Powerful Sam Raimi The Wizard of Oz Warner Bros.