Smallville is over after next season

1 min read
Add comment
FacebookTwitterRedditPinterestEmail
Hmmm...we've heard this before. Is it the truth this time? 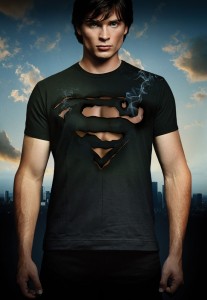 Smallville star Tom Welling broke the news to Hollywood Life that next season will be the show’s last.

At a book party on Tuesday, Welling told the site, “Season 10 of Smallville will be the last season.”

Hmmm…we’ve heard this before. Is it the truth this time? We’ll see.

If it IS true, then perhaps it’s time to start speculating on who from Smallville‘s past may make return appearances. Who would you like to see return?