‘Maximum Ride’ may be picked up by Universal Pictures

1 min read
Add comment
FacebookTwitterRedditPinterestEmail
The James Patterson book property is close to being snapped up by Universal. 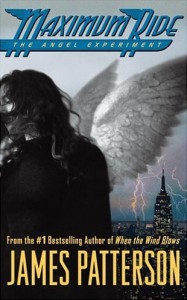 The James Patterson book property, which was put into turnaround by Columbia after a year of development, is close to being snapped up by Universal. Catherine Hardwicke remains attached to direct, with father and son Avi Arad and Ari Arad and Steven Paul producing.

The project, however, will be working from a new script, with Mark Fergus and Hawk Ostby — whose credits include “Iron Man” and “Cowboys and Aliens” — being tapped to write a new take.