2 min read
Add comment
FacebookTwitterRedditPinterestEmail
Find out what’s worth renting and what to stay away from. 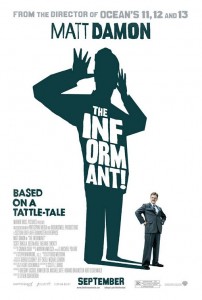 The Informant – While gathering evidence against his institutional employer to help the FBI build a price-fixing conspiracy case, affable agribusiness executive Mark Whitacre (Matt Damon) begins to piece together a fantasy world of his own. Scott Bakula, Joel McHale and Melanie Lynskey co-star in Steven Soderbergh’s dark comedy, which is based on Kurt Eichenwald’s acclaimed nonfiction book about the true-life Corporate America whistle-blower. 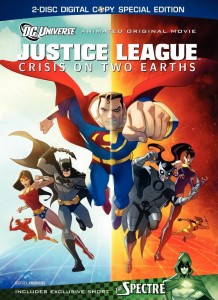 Justice League: Crisis on Two Earths – Alternate universes collide when Lex Luthor (voiced by Chris Noth) drops in from another dimension, imploring the Justice League to save his version of Earth — where he’s a good guy — from a group of supervillains called the Crime Syndicate. Mark Harmon, James Woods and William Baldwin lend their voices as Superman, Owlman and Batman, respectively, in this animated feature based on DC Comics characters. 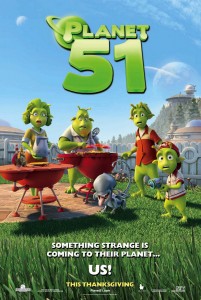 Planet 51 – When Earth astronaut Capt. Chuck Baker (Dwayne Johnson) arrives on Planet 51 — a world reminiscent of American suburbia circa 1950 — he tries to avoid capture, recover his spaceship and make it home safely, all with the help of an empathetic little green being. Joe Stillman (Shrek) writes and Jorge Blanco directs this animated thrill ride that also features the vocal talents of Jessica Biel and Gary Oldman. 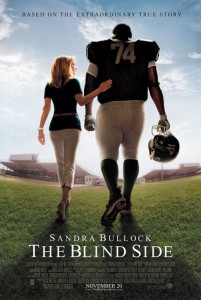 The Blind Side – Oversized African American Michael Oher (Quinton Aaron), the teen from across the tracks and a broken home, has nowhere to sleep at age 16. Taken in by an affluent Memphis couple, Leigh Anne (Sandra Bullock) and Sean (Tim McGraw), Michael embarks on a remarkable rise to play for the NFL. Bullock’s performance garnered a Best Actress Oscar nomination and Best Actress Golden Globe Award. Kathy Bates co-stars.