President’s Day was last week, and in honor of the occasion, I thought I’d share some thoughts on a handful of memorable presidents. This list is by no means comprehensive, so if I left out any of your favorites, let me know in the comments section.

Somewhere between the time he became the Great Emancipator and that fateful night at Ford’s Theater, Abraham Lincoln took the time to travel forward in time to help the two most important people in history at the most pivotal time in their lives. Although Lincoln did not have a big showcase moment in the past like Billy the Kid, or in the mall like Genghis Khan and Joan of Arc, he was entrusted with a key role in the eponymous heroes’ most triumphant history report, putting his skills as an orator to use at the conclusion of the presentation. 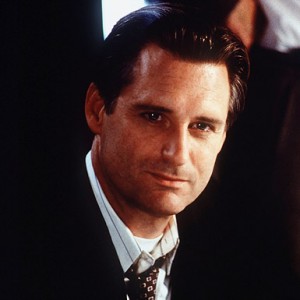 Independence Day was the first summer blockbuster of the mid-‘90s to challenge the accepted role of the president in a summer blockbuster. Typically, the president’s job is pretty thankless in these movies. While men of action perform great deeds and make noble sacrifices on the field of battle, the president is at a safe distance. Yes, these presidents usually have to wrestle with difficult decisions, and while they may be noble at times, ultimately all they care about is being re-elected. ID4 flipped the script. Bill Pullman’s President Whitmore gets to have it both ways – not only does he get to be the strong, inspirational leader his country needs, but he also totally gets to fly a jet and shoot missiles at space ships.

Forget Han Solo, Indiana Jones, and Jack Ryan. As iconic as those roles are, none of those characters ever gave Harrison Ford the chance to growl a line as memorable as, “Get off my plane!” In Air Force One, Ford is at his two-fisted best. When his ride gets jacked by a gleefully over-the-top Gary Oldman, Marshall passes up the opportunity to escape, instead staying on the plane to take the terrorists down one-by-one. This movie isn’t what would happen if Jack Ryan became president – this is what would happen if John McClane became president.

The President; X-Men: The Last Stand

A President so inconsequential, he doesn’t even get a name. Of course, considering most of his scenes were with a furry, blue, Kelsey Grammar, everyone in the audience probably would have forgotten his name anyway. The character’s lack of a name might be some sort of meta-commentary by the filmmakers, as his behavior and motivations are so rote for a movie president that he doesn’t need to be troubled with much of an identity. Privately, he’s all for mutant rights, but publicly he’s afraid to embrace the issue. At the end of the movie, the fact that he authorized the weaponization of the mutant “cure” is conveniently forgotten because, hey, now blue Frasier gets to be the US Ambassador to the UN!