4 min read
1 comment
FacebookTwitterRedditPinterestEmail
Find out what's worth renting and what to stay away from.

Lately I’ve been in a movie-watching frenzy catching up on everything 2009 had to offer. When you watch as many as I do, it’s fairly easy to sort out the “Don’t Bother”s from the “Rent Me Now”s. Every month or so, I’ll give you a rundown of some of the movies I’ve watched lately and whether or not they’re worth your time. 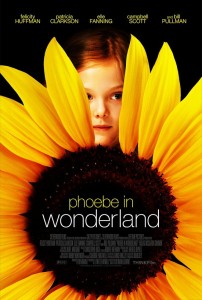 Phoebe in Wonderland: Whether at home or at school, 9-year-old Phoebe (Elle Fanning) always seems to get in trouble for breaking the rules. When her drama teacher (Patricia Clarkson) casts her in a production of “Alice in Wonderland,” Phoebe begins to receive personal advice from the play’s characters. Felicity Huffman, Bill Pullman and Campbell Scott also star in this fantastical tale about inspiration and overcoming adversity. 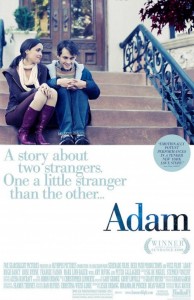 Adam: When beautiful teacher Beth (Rose Byrne) moves into a nearby apartment, strangely awkward Adam (Hugh Dancy), who suffers from Asperger’s syndrome, breaks through his limited social abilities and flirts with the young woman in this moving romance. Beth responds to Adam’s unusual courtship, and as they overcome the obstacles to intimacy, they learn how to face life’s other challenges. Max Mayer directs, while Peter Gallagher and Amy Irving co-star. 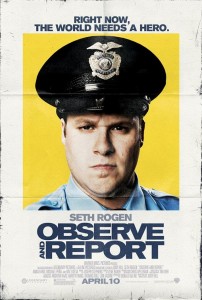 Observe and Report: Rent-a-cop Ronnie Barnhardt (Seth Rogen) is tasked with keeping the peace at the Forest Ridge Mall, but when a flasher strikes, Ronnie has no gun — and no power to stop the exhibitionist. A rivalry ensues when the police send in Det. Harrison (Ray Liotta) to crack the case. Can Ronnie bring the flasher to justice before the well-armed Harrison does? Anna Faris also stars in this darkly comic effort from writer-director Jody Hill. 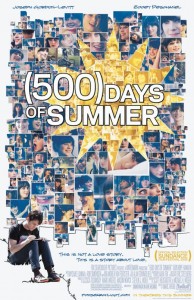 (500) Days of Summer: When his girlfriend, Summer (Zooey Deschanel), unceremoniously dumps him, greeting-card copywriter and hopeless romantic Tom (Joseph Gordon-Levitt) begins sifting through the year-plus worth of days they spent together, looking for clues to what went awry. As he recalls the good and bad times he spent with the commitment-phobic girl, his heart reawakens to what it cherishes most. Marc Webb directs this uncommon love story. 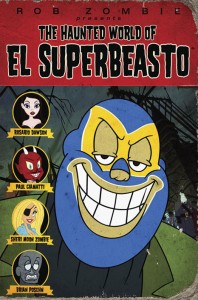 The Haunted World of El Superbeasto: Mexican wrestler El Superbeasto (voiced by Tom Papa) may be well past his prime, but that won’t stop him and his sultry sister, Suzi-X (Sheri Moon), from saving the world from the greedy and evil clutches of Dr. Satan (Paul Giamatti). Rob Zombie adapts his own comic book series into this gleefully filthy monster adventure, which also features the voice talents of Brian Posehn as Murray the Robot and Rosario Dawson as Velvet Von Black. 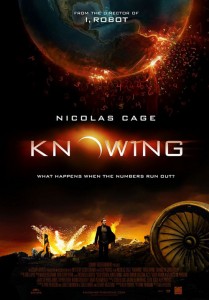 Knowing: Fifty years after a time capsule was buried at a local school, teacher John Koestler (Nicolas Cage) examines its contents and discovers that it holds many shockingly true predictions. Soon, John is convinced that his family will play a role in an impending apocalypse. Rose Byrne co-stars as Diane Wayland, the daughter of the woman who first buried the capsule, in this tense blockbuster thriller from ace sci-fi auteur Alex Proyas. 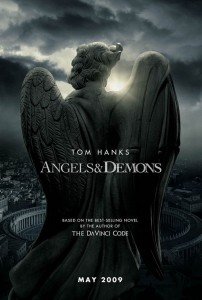 Angels & Demons: After the murder of Italian physicist Leonardo Vetra, Harvard symbologist Robert Langdon’s (Tom Hanks) investigation with Vetra’s daughter (Ayelet Zurer) leads to a secret society, the Illuminati, and a quest for the world’s most potent — and deadly — energy source. Ron Howard directed the crime thriller, which is based on The Da Vinci Code author Dan Brown’s novel and co-stars Ewan McGregor and Stellan Skarsgård. 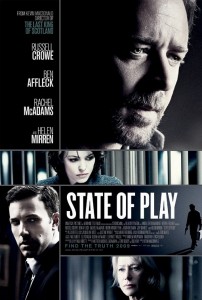 State of Play: When his mistress is found dead, Congressman Stephen Collins (Ben Affleck) tries desperately to protect his name and career. As journalists Cal (Russell Crowe) and Della (Rachel McAdams) investigate further, they uncover an intricate web of lies that stretches to the highest levels of power. Based on the critically acclaimed BBC miniseries, this intriguing political thriller co-stars Helen Mirren, Robin Wright Penn and Jason Bateman.